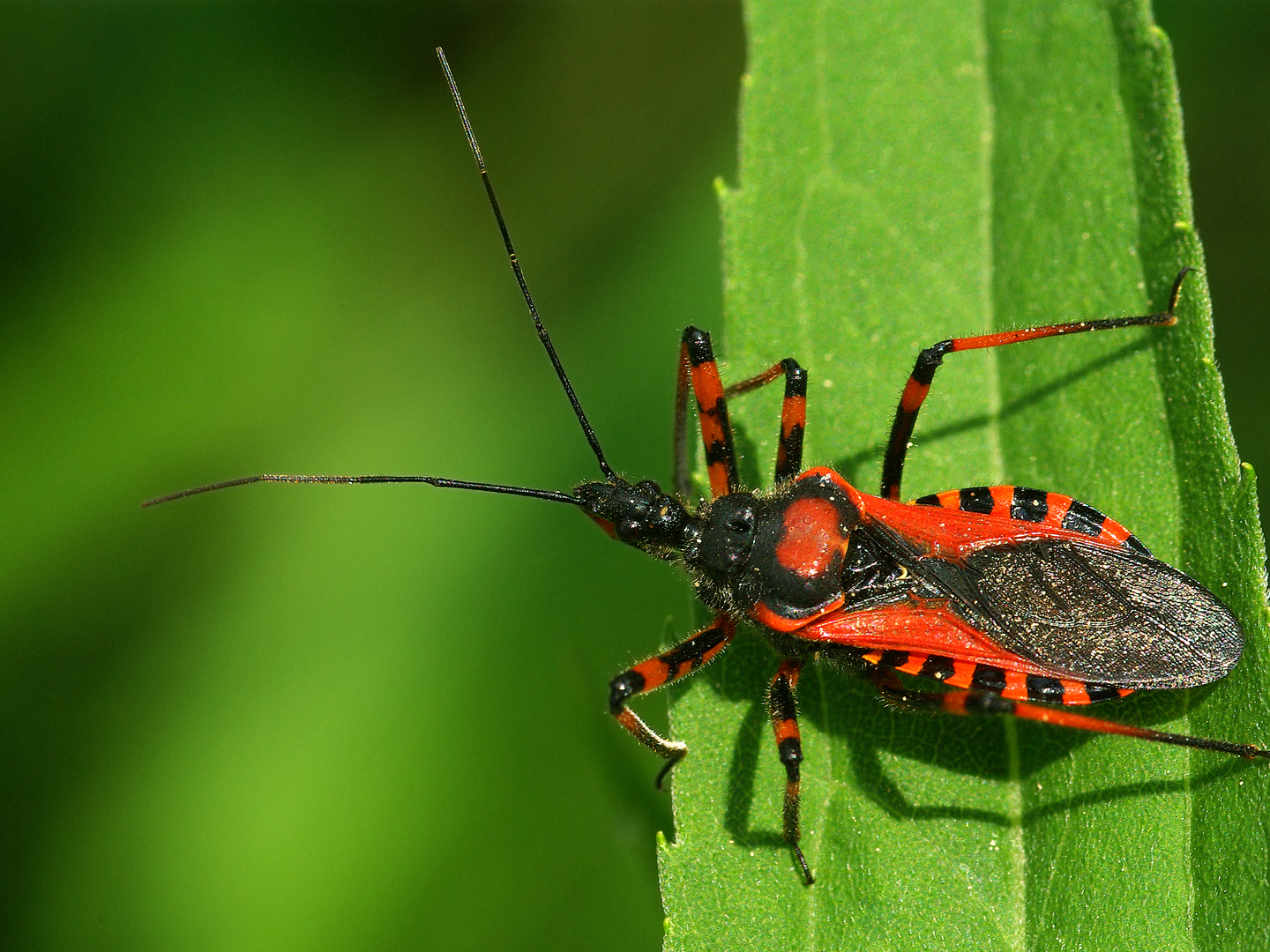 Chagas disease is an infectious illness spread by bloodsucking cone-nosed bugs also known as “kissing bugs.” They bite sleeping people, often on the face, injecting saliva containing an anesthetic and anticoagulant. Some bugs carry the parasite, Trypanosoma cruzi (T. cruzi), which they excrete when they bite. This organism causes the disease named after Carlos Chagas, a Brazilian physician who characterized it in 1909. The bug is found only in the Americas, most commonly in poor, rural areas of Latin America.

According to the U.S. Centers for Disease Control and Prevention (CDC) an estimated 8 million people in Latin America are infected with the parasite and more than 300,000 persons with Chagas disease live in the United States. Until recently, it was believed that people diagnosed with Chagas disease in this country brought it with them from Latin America, and that kissing bugs in the southern U.S. could not transmit it. That is not true. In November 2015, the Dallas Morning News reported that one in every 6,500 blood donors in Texas is infected, compared with one in every 27,500 donors across the country. The bugs have been found throughout the southern states and can occasionally infect people with the parasite. The disease infects dogs as well as people.

Chagas symptoms can occur soon after the bug bite and may last up to a few weeks or months. During this phase, parasites may be found in patients’ blood. Newly infected individuals may run a fever or see swelling at the site of the bite. Other symptoms include fatigue, body aches, headache, rashes, appetite loss, diarrhea and vomiting. A characteristic marker of Chagas is swelling of the eyelid on the side of the face near the bug bite or where bug feces were deposited or accidentally rubbed into the eye. In rare cases, the infection can lead to inflammation of the heart muscle, the brain, and tissues covering the brain.

The infection remains even after initial symptoms disappear. Eventually, 20 to 30 percent of all those affected will develop enlarged hearts or intestines, which can burst, leading to sudden death. Those infected can’t transmit the infection to others unless they donate blood.

Chagas is diagnosed via a microscopic examination of blood to look for the parasite, but the test is positive only when symptoms are present. Treatment with anti-parasitic drugs is recommended for everyone diagnosed who is under the age of 50 including children who have either a symptomatic or chronic infection. The decision to treat adults age 50 or older depends on a medical assessment of the benefits versus the risks. The drugs used are not FDA approved and must be obtained from the CDC by physicians. Side effects can be severe.

The latest scientific development concerning Chagas disease may offer a means of preventing the infection. Researchers at Baylor College of Medicine have found a molecule expressed by T. cruzi that may explain why the parasite can avoid detection by the immune system. The molecule, a protein called Tc24, is a B cell superantigen, a member of a family of proteins that can deplete populations of the immune system’s B cells capable of secreting antibodies with the ability to neutralize the parasite. In earlier research the Baylor team found that slight chemical modifications in superantigens make them capable of stimulating the immune system and preventing infections.