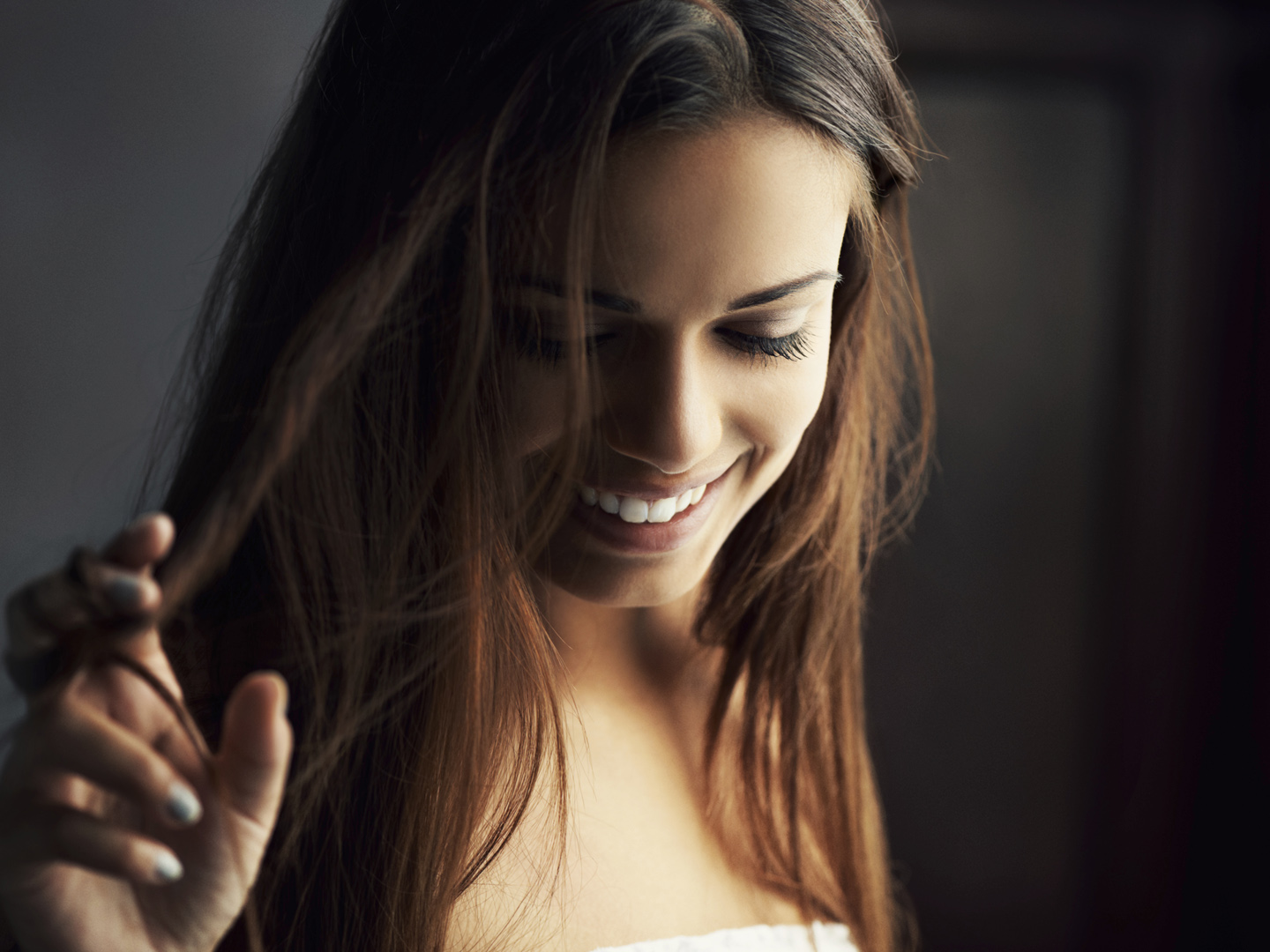 The first thing you should do is see a physician to determine the cause of your excess hair (the medical name for this is hirsutism). Sometimes, excess hair growth is hereditary, but in women, the problem often is due to abnormally high levels of male hormones (androgens). All women produce some androgen, but if your levels are too high, you can develop some male characteristics, including deepening of the voice and increased muscle mass, as well as acne and irregular menstrual periods.

Higher than normal androgen levels can be due to a disorder called polycystic ovarian syndrome, (PCOS), and this condition is the most common cause of excess hair in women. In PCOS, the ovaries produce too much androgen and develop cysts, which interfere with the normal menstrual cycle. There also seems to be a link with PCOS and insulin resistance, which not only promotes obesity but also contributes to imbalances in sex hormones. If this is the problem, and you’re overweight, losing weight can sometimes help restore hormonal levels to normal. If not, birth control pills or medications to counter the effects of insulin resistance and excess androgens can help.

Other conditions associated with excess hair in women are tumors in the ovaries, adrenal glands or pituitary gland. A number of prescription drugs can also contribute: steroid medications like prednisone, for example, and birth control pills that contain testosterone. If you’re on any type of medication, ask your physician if it could be responsible.

Apart from the obvious methods of hair removal (shaving, depilatories, plucking, waxing and electrolysis) you might consider laser hair removal, in which hair follicles are zapped with a laser beam so that unwanted hair falls out. This is an expensive approach, and you may need a number of treatments to get results, which may not be permanent. Side effects can include redness, change in skin pigmentation, and scarring.

I recently read about a small study in Turkey, which showed that drinking two cups of spearmint tea per day reduced levels of male hormones responsible for excess hair growth in women. Researchers gave 21 women with mild hirsutism (12 of them had PCOS) a cup of spearmint tea twice a day for five days during the early (follicular) phase of their menstrual cycles (when follicles in the ovaries are developing into eggs). The study didn’t report on any effects on the women’s hirsutism, only the ability of the spearmint tea to lower their androgen levels. There would be no harm in trying this; spearmint tea is relaxing, and you can drink as much as you want. The Turkish researchers used a cup of boiling water over a heaping teaspoon of dried spearmint leaves and let it brew for five to 10 minutes. The study was published online February 20, 2007 in Phytotherapy Research and will have to be confirmed by further investigations.

But please get a medical check-up to determine the cause of the problem before trying anything.