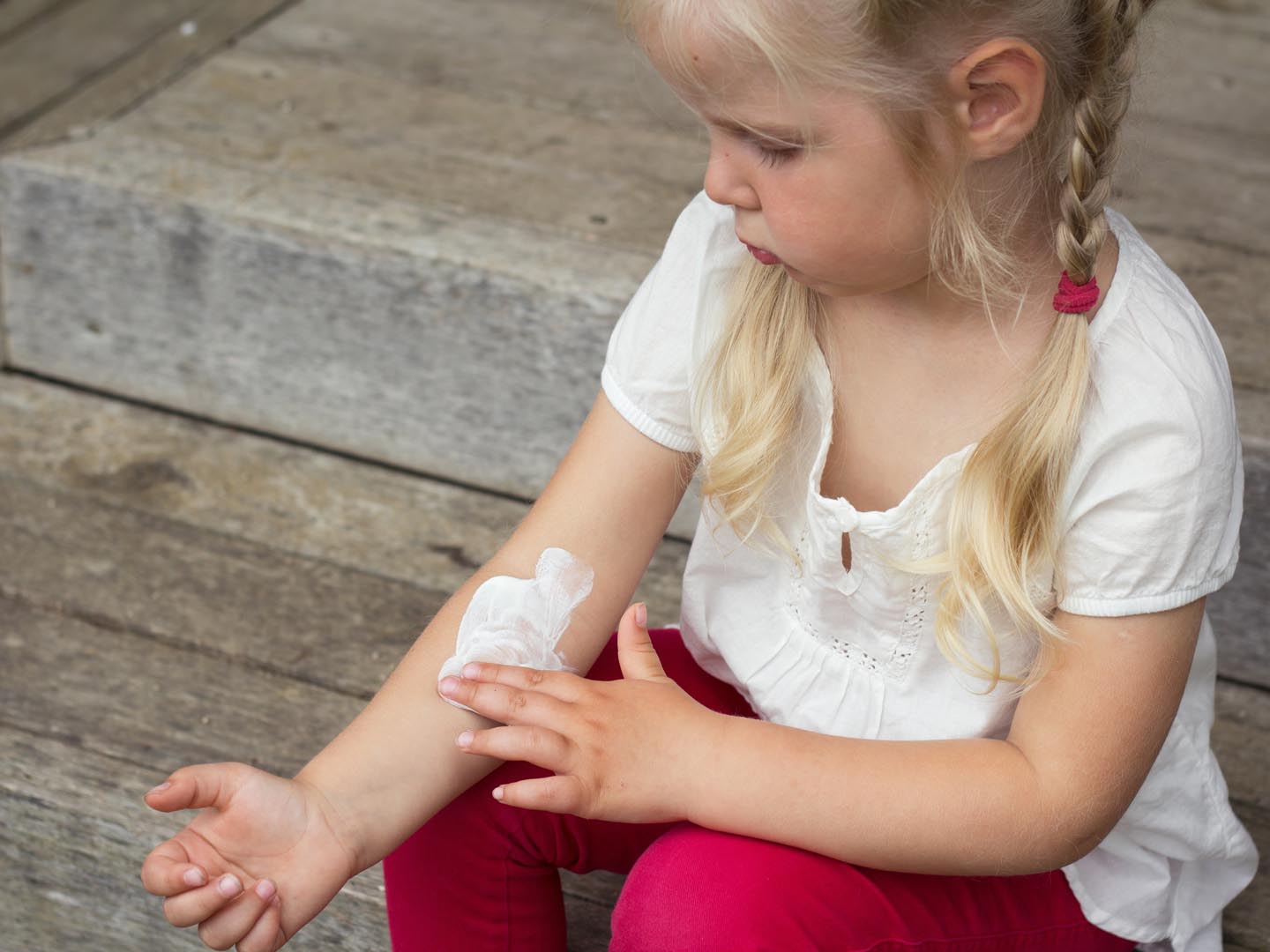 Psoriasis is a skin condition that affects 4.5 million people in the United States. Although it primarily affects adults, one in 10 cases develops in children, sometimes as early as infancy. Psoriasis is an autoimmune condition in which the immune system targets the skin, causing a rapid turnover in skin cells. Normally, skin cells mature and are shed every 28 to 30 days. In psoriasis, the cells are forced to mature in three to six days and pile up on the surface of the skin as thick, inflamed patches covered by silvery- white scales made up of dead cells. These patches can be itchy and painful. They occur most often on the elbows and knees but can appear anywhere on the body.

Unfortunately, there is no cure for psoriasis, but there are many ways to manage the condition and relieve the discomfort it causes. Conventional medicine treats psoriasis with various ointments or creams, including corticosteroids, a synthetic form of vitamin D3, retinoids (which are synthetic forms of vitamin A), and other topical agents. Various forms of light therapy can help, as well.

As far as natural approaches are concerned, you might first consider sunlight. Spending time in the sun can suppress the process leading to skin cell turnover. However, some of the medications used to treat psoriasis can make you more sensitive to sunlight, so be sure to ask your doctor or pharmacist about potential reactions. Similarly, speak to your doctor about sun exposure if you’re having any form of light therapy.

Your daughter should follow my anti-inflammatory diet, making sure to get plenty of fresh fruits and vegetables, particularly those rich in carotenoids (mangoes, corn, sweet potatoes, carrots and squash, as well as leafy greens and tomatoes). In addition, she should take supplemental fish oil and a source (such as evening primrose or borage oil) of GLA (gamma-linolenic acid), a fatty acid that promotes healthy growth of skin, hair and nails. Try doses of 2 grams of fish oil a day and 500 mg twice daily of one of the others.

I also suggest extract of milk thistle (Silybum marianum) for psoriasis treatment. You can probably find it in the health food store under the name silymarin. If your daughter is under 12 give her half the adult dose, which is two capsules twice a day for at least three months.

Chinese medicine, including acupuncture, can also be helpful.

Since psoriasis often flares up in response to stress, encourage your daughter to learn breathing exercises, yoga or visualization, or keep a journal recording her experiences, feelings, and skin symptoms. Regular exercise and massage can also help. And, since the skin is very responsive to hypnotic suggestion, hypnotherapy is definitely worth trying.