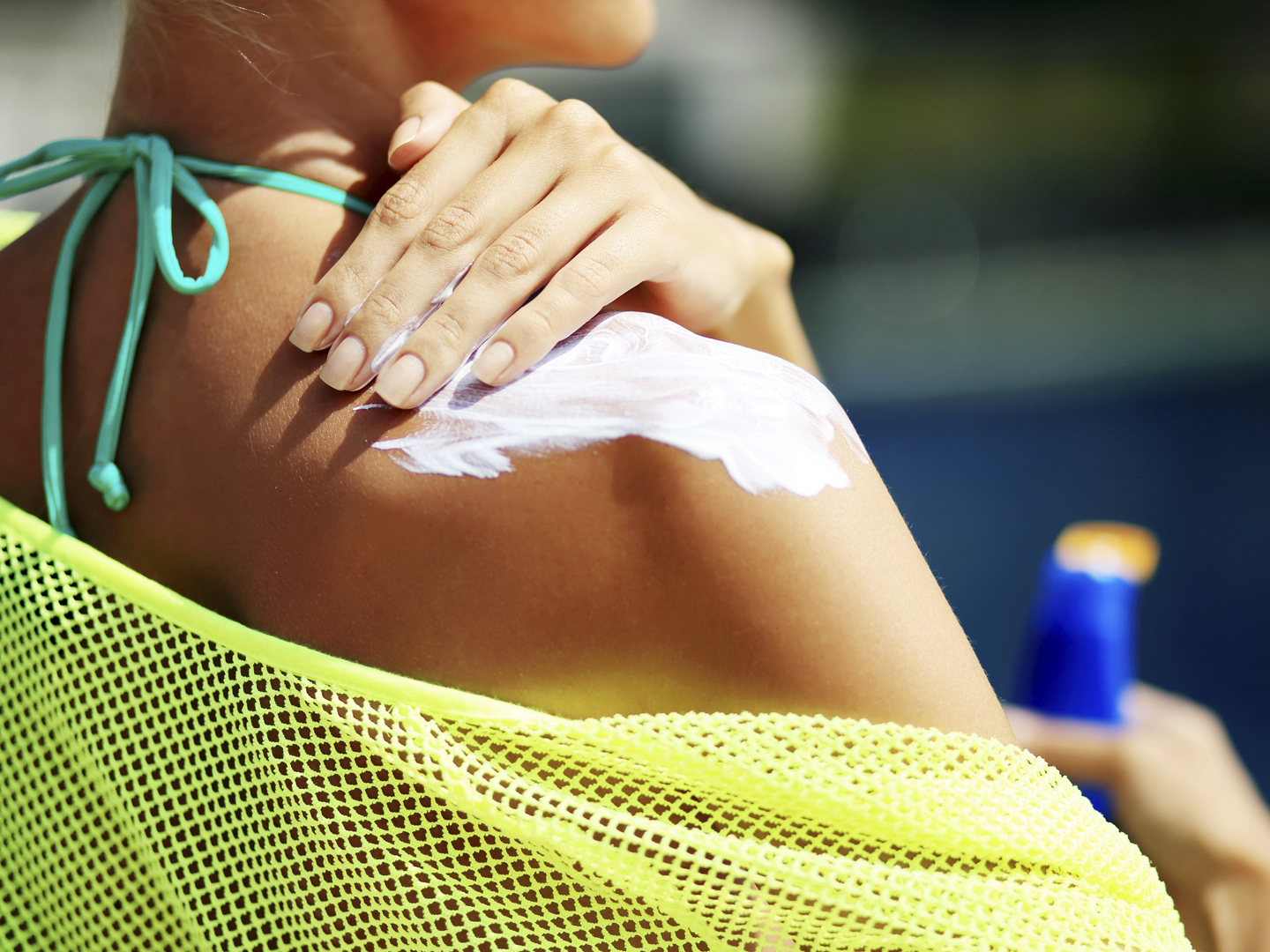 Melanoma is the most dangerous type of skin cancer. Sunscreens do not cause it. The idea that sunscreen might be involved stems from early conclusions about studies showing that people who use sunscreen have a higher rate of melanoma. More recently, researchers have found that the early studies didn’t account for the fact that people who used sunscreen most religiously were simply at higher risk of melanoma to begin with. Here’s the story:

In examining early studies of sunscreen use, some scientists saw a higher rate of melanoma among users than nonusers. But that may have been because people with sensitive skin are more likely to use sunscreen to protect against burning and are also more vulnerable to melanoma. Like other types of skin cancer, melanoma occurs most often among light-skinned people who burn easily when exposed to the sun.

In early studies of sunscreen use, researchers relied on people’s recollections of how often they used sunscreen and didn’t determine how thoroughly the sunscreen was applied. There’s also the possibility that some of the people who participated in the early studies overestimated the amount of protection they got from sunscreen and stayed out in the sun longer, incurring more skin damage. Researchers have noted that early sunscreens were not as effective as today’s products, which have higher SPFs, are water resistant, and offer protection against a greater range of ultraviolet A and B rays.

When researchers at the University of Iowa reviewed 18 early studies of sunscreen, they found no good evidence to suggest that sunscreen itself causes melanoma. Their findings were published in the December 16, 2003 issue of the Annals of Internal Medicine.

Using sunscreen is one of the best ways to protect against all forms of skin cancer. (Others are staying out of the sun when it is high in the sky and wearing hats and other protective clothing.) The risk of melanoma is highest among those with fair skin and light hair who freckle easily, those with a family history of the disease and those who have many atypical moles (called dysplastic nevi). If you want to protect yourself against skin cancer, always apply sunscreen before going out in the sun. Use at least one ounce (enough to fill a shot glass) to completely cover exposed areas of your body. In addition, stay out of the sun between 10 a.m. and 2 p.m. standard time from April through September. Take special precautions on beaches, near reflective bodies of water, at high altitudes, and low latitudes. You’ll get added protection by wearing a wide brim hat and sunglasses (make sure they block at least 99 percent of UVA and UVB radiation).