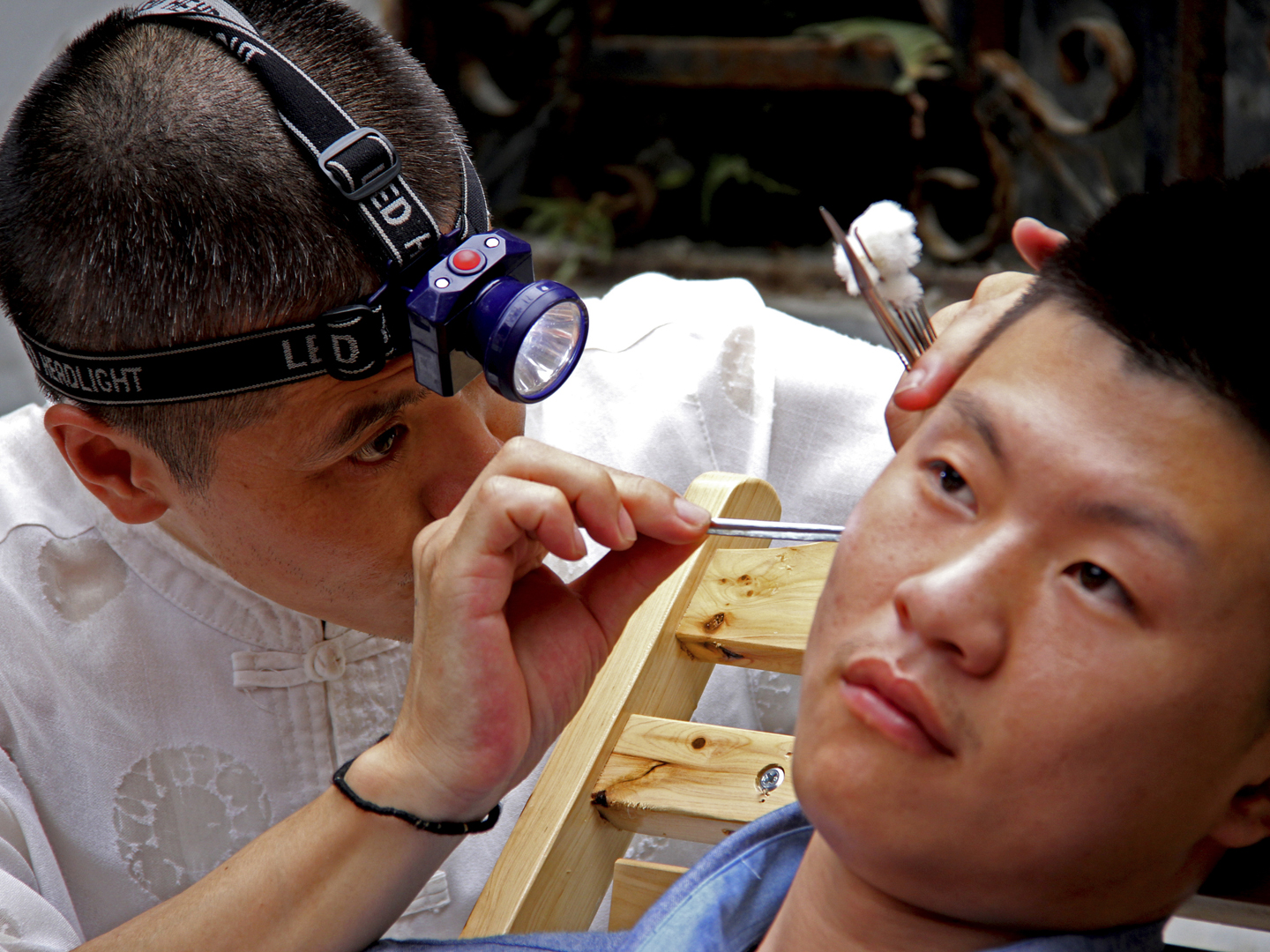 I am familiar with “ear candling” for the removal of ear wax, and I don’t recommend it. While it has been around for many years and remains popular, it is, indeed, hocus-pocus.

Ear candling involves the use of a hollow cone of special paper. You put the narrow end of the cone in your ear, and someone else lights the other end. The idea is that as the flame burns, a vacuum is created with a warm draft that draws the wax from the ear. Obviously, you need a helper to stand by while the candle is burning so that it doesn’t set your hair or the furniture on fire. When the flame goes out, you often notice a dark residue on the remaining paper that is supposed to be removed ear wax. It isn’t. It’s a mixture of combustion products from the burned paper.

I’ve found only one medical study of this practice, published in the October 1996 issue of Laryngoscope. It showed that the candles didn’t produce the negative pressure said to draw out earwax and that, not surprisingly, no wax was removed. In fact, candle wax was actually deposited into the ears of some of the study volunteers. A survey of 122 ear, nose and throat specialists done in conjunction with the study found 21 reported injuries to the ear resulting from ear candling.

If you need to remove excess ear wax, I suggest that you buy one of the many over-the-counter products available for this. They’re usually very effective. If you’ve got a build-up of wax that is interfering with your hearing, a physician can flush it out with water directed into the ear with a specially designed syringe, sometimes after using drops to soften the wax.

Be careful about cleaning your ears with cotton swabs or other implements. It’s possible to push wax deeper into the ear canal and even injure your ear drum.

Whether or not you’re bothered by excess ear wax, always ask to have your ears examined whenever you see your physician for a check-up.