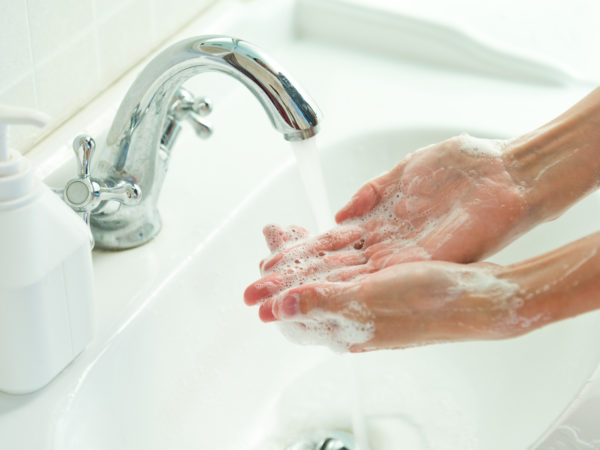 What is viral meningitis?
Meningitis is an infection of the membranes (meninges) surrounding the brain and spinal cord. Viral meningitis, also known as “aseptic” meningitis, is a condition in which bacteria don’t grow in cultures of cerebrospinal fluid (taken from a spinal tap) despite there being symptoms. Viral meningitis usually isn’t serious for patients with normal immunity, and typically runs an uneventful, albeit potentially uncomfortable, course with little to no complications. However, since the symptoms are practically the same as bacterial meningitis – a much more serious condition – immediate medical evaluation should be sought  if symptoms of an infection of this nature occur.

What are the symptoms?
Early symptoms, which may develop over several hours or even days, can often be mistaken for the flu. They classically include high fever, headache (that can be severe) with a stiff neck, nausea and vomiting, confusion, sleepiness or difficulty waking up, light sensitivity, a decreased appetite, and, rarely, seizures.

Newborns and young infants may not have classic signs and symptoms of meningitis, but instead may cry inconsolably, have excessive sleepiness or irritability, a poor suck or decreased feeding, a bulging fontanelle – the soft spot on the top of a baby’s head – or stiffness in the body, head and neck. Infants with meningitis are often difficult to comfort, and may even cry harder when held. Of note, viral meningitis most commonly occurs in the first year of life.

Viruses are contagious, but many people who are exposed to the viruses that cause meningitis have no symptoms at all or develop only a cold or rash with low-grade fever. Only a small proportion of infected persons actually go on to develop meningitis. Infrequently, viral meningitis can cause a more severe illness, which usually occurs in elderly people or those with a suppressed immune system. These complications seem to be associated with more uncommon viral infections like with the West Nile virus or with herpes viruses, and include encephalitis (inflammation in the actual brain tissue) that can lead to seizures or brain damage, memory or hearing loss, and sometimes a paralysis similar to that seen in polio.

What are the causes?
A number of different viruses can cause meningitis, about 90 percent of them coming from the enterovirus family (coxsackie viruses and echoviruses). These viruses are more common during summer and fall months, and are most often spread through direct contact with respiratory secretions. The virus is also shed in the stool of infected individuals, and is spread this way by infants who are not yet toilet trained as well as by adults who change their diapers.

West Nile virus is a cause of viral meningitis that has recently spread across the United States, and is spread through the bite of an infected mosquito.

The rabies virus leads to a meningitis picture in those who have been infected and don’t get adequate treatment.

Finally, HIV can cause viral meningitis, especially after initial exposure – this is known as acute HIV syndrome.

Risk factors for viral meningitis include exposure to individuals with a recent viral infection, infected children in daycares, individuals living in crowded conditions where infections are easily spread, being a health care worker, or having a suppressed immune system.

What is the conventional treatment?
Most cases of viral meningitis improve on their own in a week or two without antiviral therapy. Treatment is mainly conservative, usually consisting of bed rest, plenty of fluids and over-the-counter pain medications to help reduce fever and relieve body aches.

If the cause of meningitis is the herpes virus, your doctor will recommend an antiviral medication like Acyclovir or Famciclovir to treat the infection – this may require an IV and hospitalization . If you have rabies, you will be treated with the rabies vaccine over several days as well as receiving immune globulin. Individuals infected with HIV will receive antiretroviral therapy. Meningitis from these viruses may require hospitalization.

What therapies does Dr. Weil recommend for viral meningitis?
Because people who are exposed may not get sick, it can sometimes prove difficult to prevent viral infections. However, adhering to good personal hygiene can certainly help reduce the chances of getting infected. If you are in close contact with someone who has viral meningitis, the most effective method of prevention is to wash hands thoroughly and often. Wearing isolation masks can help, as well as cleaning contaminated surfaces and soiled articles first with soap and water, then disinfecting them with a dilute solution of chlorine-containing bleach. This can be a very effective way to inactivate the virus, especially in institutional settings such as daycare centers, nursing homes, and college dormitories.

Maintain your immune system by getting enough rest and regular exercise, eating Dr. Weil’s anti-inflammatory diet, taking an antioxidant cocktail and multivitamin-mineral supplement (especially adequate doses of vitamin D), and attending to the stress in your life.

Educate yourself about immune boosting tonics. Dr. Weil recommends astragalus – his favorite immune-boosting herb, traditionally used in China to prevent illness and strengthen sick people. You can buy extracts of astragalus in liquid, capsule or tablet form. Follow the dosing directions on the package. You can also take immune-stimulating mushrooms to enhance resistance, especially in combinations of maitake (Grifola frondosa), reishi (Ganoderma lucidum), and royal sun agaricus (Agaricus blazei), which seem to act better when taken together than by themselves.