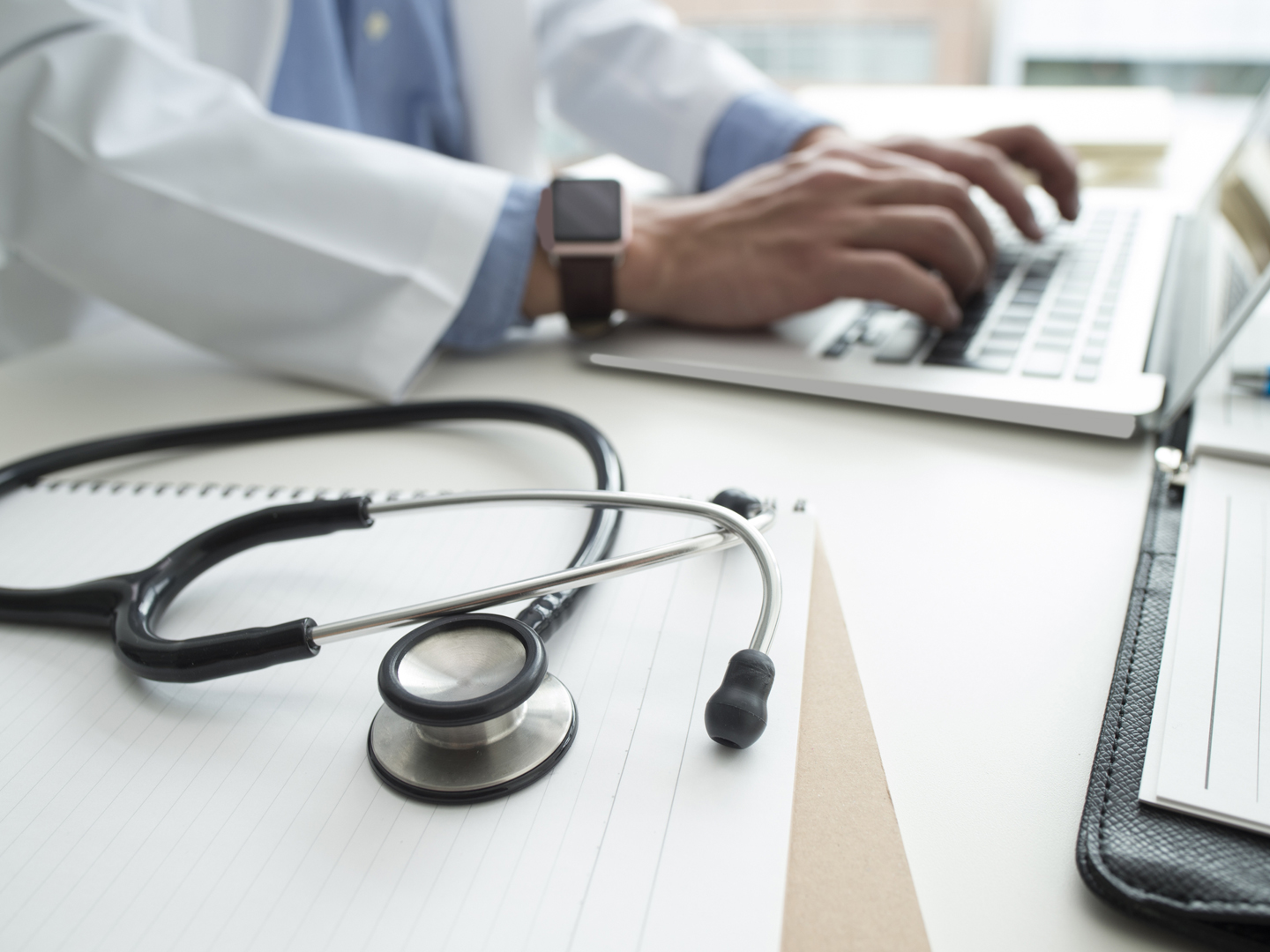 What is cystitis?
Cystitis is an inflammation of the bladder that can be due to a bacterial urinary tract infection (UTI) or due to noninfectious causes (like interstitial cystitis). Most UTIs are caused by Escherichia coli (E. coli). However, Staphylococcus saprophyticus accounts for five to 15 percent of UTIs, mostly in younger women. Klebsiella, Enterococci bacteria, and Proteus mirabilis are responsible for most of the other cases, generally those that occur in older women.

Most women develop a UTI at some point in their lives. Reportedly, these infections are the third most common medical complaint (after colds and flu) among women of reproductive age, although they are also common among postmenopausal women. Between three and five percent of women develop recurrent, ongoing UTIs. In some cases, these infections can spread to the kidneys, called pyelonephritis.

Men become more susceptible to UTIs after age 50, when they begin to develop prostate enlargement. Recurrent UTIs in men are associated with bacterial prostate gland infections (prostatitis) and tend to be more serious than UTIs that occur in women.

In young children, new episodes of accidental daytime wetting also may be a sign of a urinary tract infection (UTI), but nighttime bed-wetting usually isn’t linked to a UTI.

What are the causes of cystitis?
Bacterial bladder infections often occur in women as a result of bacteria getting transferred from the area around the woman’s anus towards her urethra during sexual intercourse.This is known as “honeymoon cystitis” or “post-coital cystitis”. But even sexually inactive girls and women are susceptible to these infections because the anatomy of the female genital tract is such that the anus and the urethra are located very closely together. This proximity makes the bacteria that are naturally located near the anus easily accessible to the urinary tract.

Perimenopausal and postmenopausal women have lower estrogen levels, causing a natural thinning of the tissue around the urethra. This makes this area more likely to become irritated, injured, and/or infected.

Caffeine and alcohol are known bladder irritants and cause most people to urinate more frequently.

Sometimes, cystitis occurs as a complication of certain disorders such as gynecologic cancers, pelvic inflammatory disorders, endometriosis, Crohn’s disease, diverticulitis, lupus or tuberculosis. Less often, the inflammation can develop in reaction to certain drugs, including the chemotherapy drugs cyclophosphamide and ifosfamide, in response to radiation therapy or as a reaction to potentially irritating chemicals in feminine hygiene sprays, bubble baths and spermicidal jellies or long-term use of a urinary catheter.

Women who use diaphragms for birth control are at increased risk for UTIs, as are pregnant women as a result of the hormonal changes that occur during pregnancy.

In addition, immune system changes that can occur with diabetes, HIV infection and cancer treatment can increase the risk of bladder infections.

How is cystitis diagnosed?
Cystitis can sometimes be diagnosed on the basis of symptoms alone, often over the phone, in low-risk women who have no additional symptoms suggesting other problems. In other cases, an analysis of a urine sample may be recommended to look for bacteria, blood or pus. For those with history of recurrent, frequent, or chronic UTIs it is recommended to submit a urine sample for culture and sensitivities, as there are now many bacteria with resistance to commonly used antibiotics. Rarely an examination of the bladder with a cystoscope may be needed to investigate the potential cause of cystitis (as in the case of bladder cancer or interstitial cystitis). The cystoscope is a thin tube with a small light and camera attached. It can be used, if necessary, to take a tissue sample for a biopsy. Imaging tests such as ultrasound or x-rays usually aren’t needed to diagnose cystitis but may be used to help rule out a structural abnormality or tumor if no infection is found to be causing the symptoms.

What is the conventional treatment of cystitis?
Cystitis caused by bacterial infection is treated with antibiotics (common ones include Bactrim, Ciprofloxacin, and Macrodantin), taken for three days to a week. Longer courses of antibiotics may be recommended for recurrent infections. Women who are prone to post-coital or “honeymoon cystitis” are sometimes given “prophylactic antibiotics” to be taken after intercourse to help prevent a UTI. Postmenopausal women may also be treated with vaginal estrogen cream in order to strengthen the tissue around the urethra.

UTIs that develop in hospital patients can be difficult to treat because the bacteria found in hospitals can be resistant to the antibiotics used to treat infections that occur elsewhere.

Green tea has been shown to have antibacterial properties that make it potentially effective against urinary tract infections (UTIs). In fact, one study looked at 80 samples of E. coli that had caused a urinary tract infection, 63 of which were resistant to at least one common antibiotic. The study tested what concentrations of EGC from green tea would have a positive effect against the bacteria. All of the bacterial strains tested were vulnerable to EGC’s antimicrobial effects even at low concentrations, suggesting that consumption of green tea could be helpful against a UTI caused by E. coli.

What therapies does Dr. Weil recommend for cystitis?
In cases due to bacterial infection, Dr. Weil recommends treatment with antibiotics and suggests use of vaginal estrogen cream for post-menopausal women, who have lower levels of estrogen. Some research suggests that estrogen may help increase the number of beneficial bacteria that help fight urinary and vaginal infections.

While some scientific studies have clearly shown that drinking cranberry juice lowers the risk of UTIs, research published in the Journal of the American Medical Association in 1994, found that women who drank cranberry juice were 58 percent less likely to develop a urinary tract infection than those who drank a placebo (another reddish drink containing vitamin C). Subsequent studies have indicated that cranberry juice helps because the fruit contains compounds that prevent bacteria from adhering to the bladder wall.

However, the latest study of the effect of cranberry juice on the incidence of UTIs appears to challenge earlier findings. Conducted at the University of Michigan, the study included 319 otherwise healthy college women who were diagnosed with UTIs at the university’s health center between August 2005 and October 2007. The women were randomly assigned to drink eight ounces of 27 percent low-calorie cranberry juice cocktail or the same amount of a placebo twice a day for six months. The findings, published in the January 2011 issue of Clinical Infectious Diseases, showed that those who drank the cranberry juice had a recurrence rate of 20 percent, compared to a 14 percent recurrence rate in those who drank the placebo.

Dr. Weil has said he doubts that the 2011 study will be the last word on this subject and continues to recommend drinking unsweetened cranberry juice concentrate diluted with water or taking powdered cranberry extract in capsules for treatment of UTIs.

There is less experimental evidence available to assess the efficacy for supplementing with D-mannose or probiotics to treat or prevent UTIs. A 2014 study published in the Clinical Journal of Gastroenterology gave a supplement containing a cranberry dry extract, D-mannose, and probiotics containing 2 microorganisms Lactobacillus plantarum LP01 (LMG P-21021) and Lactobacillus paracasei LPC09 (DSM 24243) to 33 premenopausal women with active uncomplicated UTI for a total of 60 days. Results suggest that taking this supplement for 60 days significantly reduced the symptoms commonly associated with UTI.

Drinking green tea may be helpful in addressing UTI, especially when it is just starting. If you consider using green tea, look for products that were decaffeinated through effervescence,  a process that helps retain its protective polyphenols.