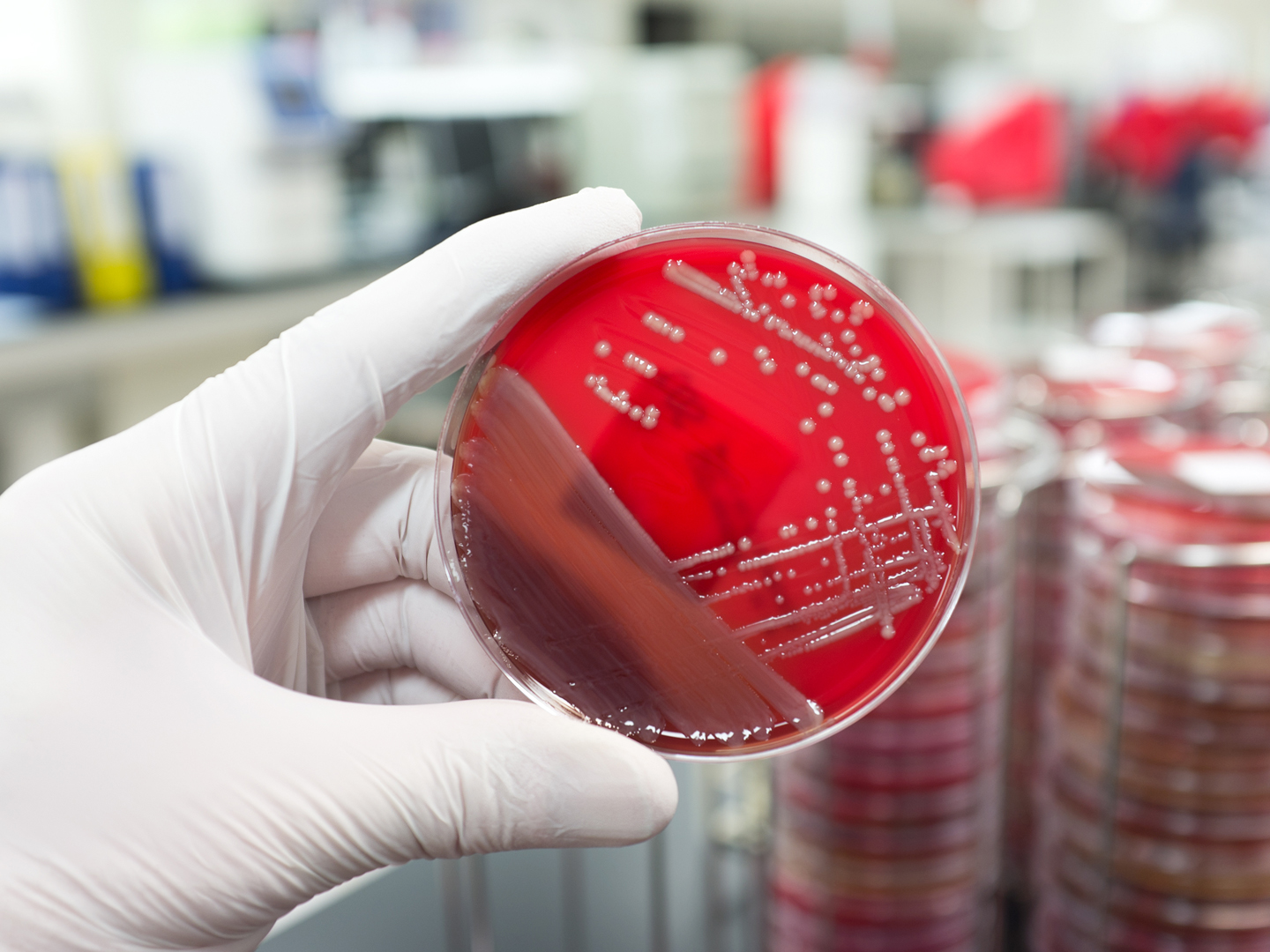 MRSA stands for Methicillin-resistant Staphlococcus Aureus, otherwise known as the “superbug” because the infections it causes resist treatment with some of the most common antibiotics. MRSA is now believed to have caused infections responsible for the deaths of nearly 19,000 hospital and nursing home patients in 2005. That number, from a study published in the October 17, 2007 issue of the Journal of the American Medical Association, suggests that MRSA infections may be twice as common as previously believed and that deaths due to the superbug would exceed those due to HIV-AIDS, Parkinson’s disease, emphysema or homicide for each year since 2005. The study, by researchers at the U.S. Centers for Disease Control and Prevention (CDC), estimated that in 2005 more than 94,000 patients were infected with MRSA and that nearly one in five of them died. (The investigators noted, however, that it isn’t always possible to determine whether a death is caused directly by MRSA or simply accelerated by it.) The study found that 85 percent of MRSA infections are associated with treatment in hospitals and nursing homes.

This new estimate of the unexpectedly high prevalence of MRSA infections is truly alarming and presents a major challenge to the medical community. The question is what to do about it. Should all hospital and nursing home patients be tested for MRSA when they’re admitted? Or should all hospitals isolate infected patients, as some now do, and require healthcare workers to wear gloves and gowns every time they come into contact with the patients? Some hospitals that have been screening patients have dramatically cut their rate of MRSA infections and some have reduced infection rates by isolating patients, but there’s ongoing debate as to whether these measures may adversely affect the medical care of infected patients.

The superbug can cause very serious skin infections, pneumonia, and infections of surgical wounds and of the bloodstream, especially in people with weakened immune systems. Risk of infection is also associated with skin-to-skin contact between an infected individual and others. This is particularly risky with cuts, abrasions or other openings in the skin, contact with contaminated items or surfaces, crowded living conditions, and poor hygiene.

To protect yourself, the CDC recommends keeping your hands clean (wash frequently with soap and water or use an alcohol-based hand sanitizer). Be sure to keep cuts and scrapes clean and covered with a bandage until they heal. Avoid contact with other people’s wounds or bandages, and don’t share such personal items as towels and razors.

Despite their resistance to common antibiotics including methicillin, penicillin and amoxicillin, MRSA infections can be successfully treated with other antibiotics, often with Bactrim DS (double-strength sulfamethoxazole trimethoprim). If you are being treated for MRSA, or any infection for that matter, be sure to take all of the doses of your prescribed medication – don’t share the drug with others and don’t stop taking it just because you begin to feel better. Sometimes, staph infections of the skin produce abscesses or boils. These should only be drained by a trained healthcare provider under sanitary conditions to minimize the risk of MRSA spreading. If you don’t begin to feel better after starting treatment, be sure to contact your physician.

In addition to antibiotic therapy, I would recommend taking astragalus, a Chinese herb that supports immune function. You should also add raw garlic to your diet (one to two cloves a day, minced and mixed with food). Garlic is a powerful infection-fighter with natural antibiotic properties. Finally, remember to take a good probiotic supplement during and after any course of antibiotics.