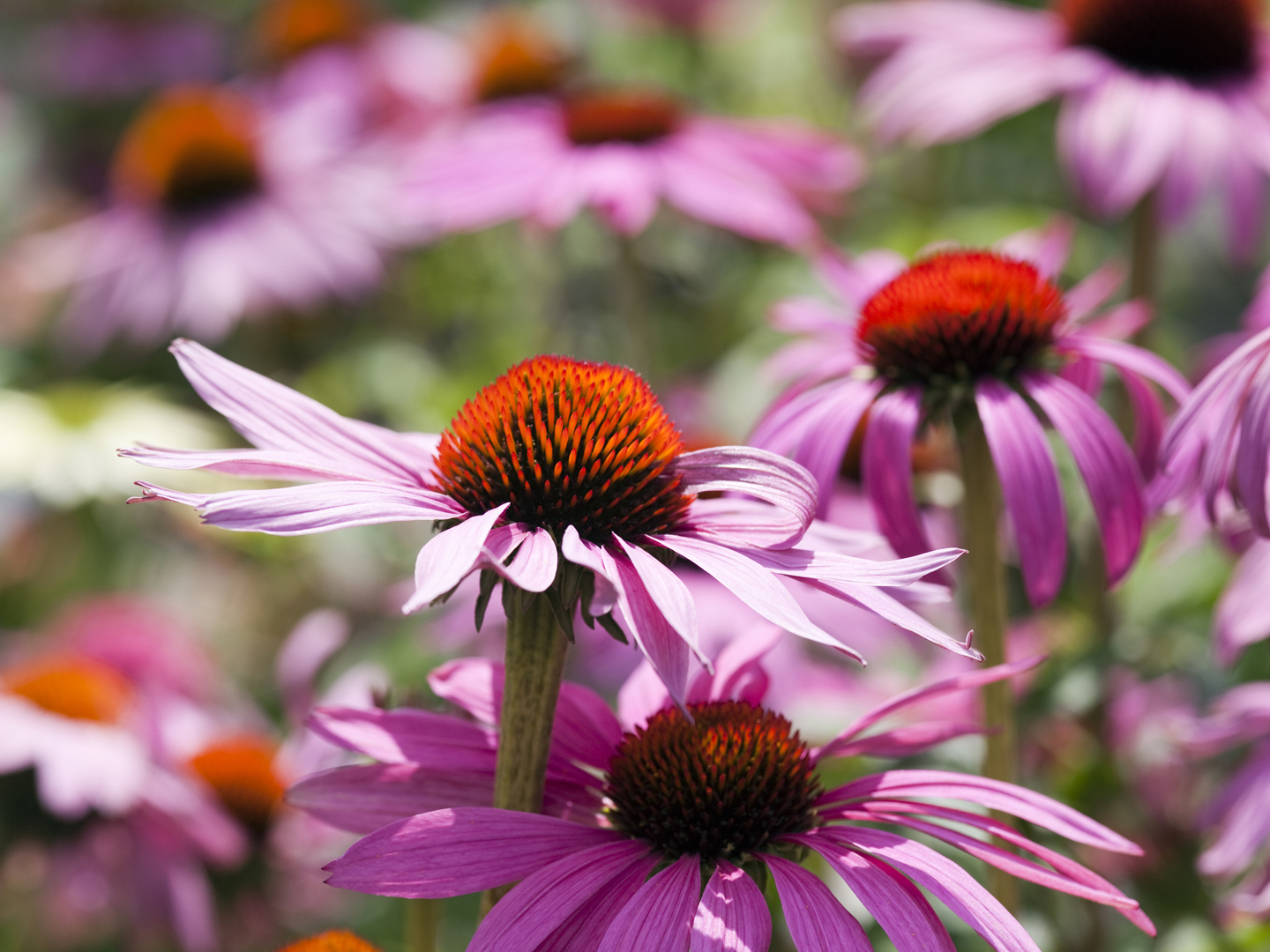 Echinacea, a traditional herbal remedy prepared from the root and leaves of the purple coneflower, Echinacea purpurea and related species, stimulates the immune system and is used to prevent and treat common colds and other minor infections. The recommended adult dose is two capsules of freeze-dried extract four times a day or one teaspoon of the tincture in a little warm water at the same frequency. People also take echinacea to enhance immunity in the absence of infection – for this purpose, half the usual dose is sufficient.

You probably heard about findings from a small study at the University of Arkansas that looked at the effect of echinacea on the digestive tract. To my knowledge, this is the first published research on this subject. The investigators gave daily doses of echinacea to 15 healthy adults and tested stool samples from before the study began, and then again 10 days and 17 or 18 days later. They found an increase in levels of both aerobic and anaerobic bacteria (those that grow in an oxygen-free environment.)

Most of the bacteria normally found in the colon are anaerobic, of which the Bacteroides group plays a major role. One of these strains, B. fragilis can cause disease under certain conditions, especially when intestinal flora changes quickly as a result of taking antibiotics. Previous research showed that a particular type of B. fragilis may play a role in inflammatory bowel disease and diarrhea and, the researchers noted, higher than normal concentrations of Bacteroides have been reported in people at high risk for colon cancer.

While interesting, these findings will have to be confirmed by larger studies before we can say whether echinacea poses any real risk of GI disease. The Arkansas researchers cautioned that “prolonged consumption” could prove deleterious to bacteria in the gastrointestinal tract, particularly for those who are ill. They noted that Germany’s Commission E suggests using echinacea for no longer than eight weeks. For best efficacy, I suggest limiting continuous use of echinacea to no more than 10-14 days to treat colds and other minor infections. I do not use it as a long-term immunity enhancer; there are better botanicals for that, such as astragalus. Based on what we know now, I doubt that short-term use of echinacea is harmful to the GI tract or is a contributor in any way to colon cancer.