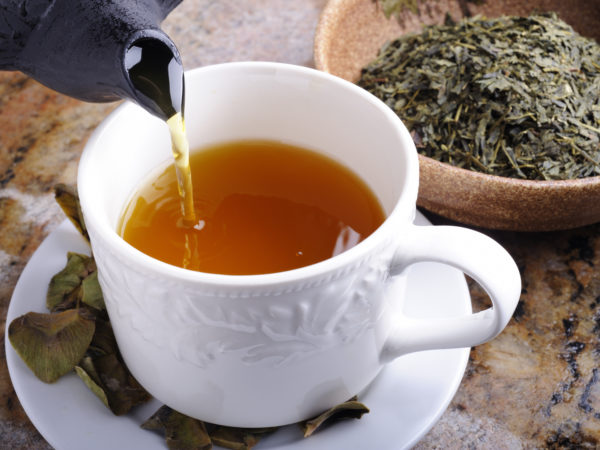 You heard right. Results of a Chinese study published in the May 2002 issue of the Archives of Internal Medicine showed that men and women who are long-time tea drinkers do seem to have an advantage in terms of bone mineral density over those who don’t habitually drink tea. That is not the only recent good news about tea. A study from Harvard Medical School showed that tea drinkers among heart attack patients might survive longer than those who drink something else. Study participants who drank at least 14 cups of tea per week were 44 percent less likely to die than those who didn not drink tea; moderate tea drinkers (those who consumed fewer than 14 cups per week) were 28 percent less likely to die for up to four years than those who did not drink tea.

The bone density study involved 497 Chinese men and 540 Chinese women over the age of 30 who were asked about how much tea they drink as well as about such lifestyle factors as their ages, physical activity, alcohol consumption, smoking and their intake of coffee, milk and calcium supplements. Of the 1,037 study participants, 48.4 percent were habitual, long-term tea drinkers. The researchers found that those who had been drinking tea habitually for six to 10 years had higher bone mineral density in the lumbar spine, and those who had been drinking tea regularly for more than 10 years had higher bone mineral density in all body sites measured than study participants who did not drink tea regularly. The findings held true no matter what the type of tea  – black, green or oolong. However, the study results would not hold true for herbal teas.

The researchers didn’t speculate about how tea may strengthen bones but did point out that it contains high concentrations of caffeine, fluoride, flavonoids and phytoestrogens, all of which may affect bone density. Stay tuned for more information.

The researchers who studied tea consumption in heart attack patients speculated that the flavonoids in tea made the difference. Flavonoids are potent antioxidants, also found in apples and broccoli, which have been shown in previous studies to be protective against heart disease.

As you know, I am a big fan of green tea, which has been shown to protect against both heart disease and cancer. The two new studies suggest that drinking any type of tea also affords additional health benefits.