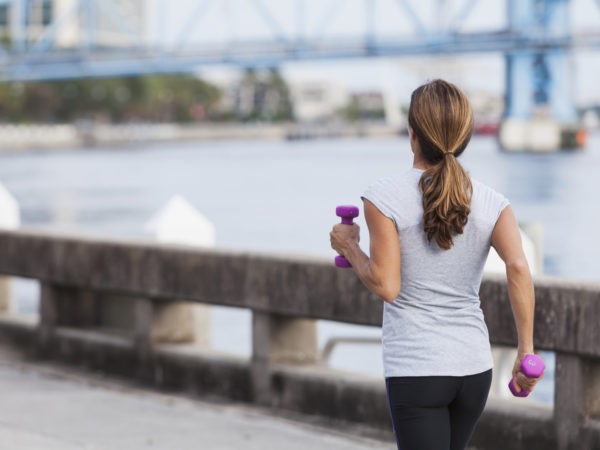 I’m opposed to the increasing practice of treating women (and some men) long-term with drugs such as Fosamax and Actonel after tests show that their bones are thinning (a condition called osteopenia). These are powerful drugs, in a class called bisphosphonates, that can halt and reverse osteoporosis, but I don’t think it is good medicine to use them for patients who haven’t even been diagnosed with the disease. Instead, I recommend adopting lifestyle measures that promote bone building. These include increased regular exercise (walking plus strength training), and making sure that you’re getting enough calcium and vitamin D in your diet or from supplements. Women should take 500 to 700 mg of calcium citrate in two divided doses taken with meals for a total of 1,000-1,200 mg from all sources (including diet) and at least 2,000 IU of vitamin D3 (cholecalciferol) taken with a fat-containing meal to ensure optimum absorption.

I also worry about using bisphosphonates on a long-term basis because of new evidence showing that they can lead to very serious problems. Dentists have been observing that some patients on these drugs are at risk of developing an untreatable condition called osteonecrosis of the jaw (ONJ). Osteonecrosis means death of bone tissue. ONJ can cause chronic pain and disfigurement. Symptoms include toothache, jaw pain, loosening of teeth, recurrent infection of the soft tissue of the jaw, and exposed bone.

Most of the cases of ONJ seen so far have developed among patients treated intravenously with the drugs to help control bone loss stemming from the spread of cancer to the bones, but the disorder has also been found among patients taking oral bisphosphonates to treat or prevent osteoporosis. The condition shows up most often after a tooth has been pulled and the surrounding tissue fails to heal. The early stages of the disorder don’t show up on x-rays.

ONJ appears to develop because the drugs interfere with the ability of bones to remodel themselves as they go through the continual process of bone breakdown and rebuilding. In the mouth, this is especially problematic because the bone becomes unable to repair microscopic fractures stemming from the constant stress of chewing. In theory, at least, the accumulated damage from these tiny fractures sets the stage for osteonecrosis.

Because no treatment has been found for ONJ, prevention is very important. An article in the December, 2005, issue of the Journal of the American Dental Association alerted dentists to the problem and suggested that all patients taking bisphosphonates have an oral evaluation before beginning intravenous therapy or within three months after beginning to take the drugs orally. Essentially, the goal is to make sure that your mouth is in perfect shape – no cavities, no gum disease and no other dental problems – prior to taking bisphosphonates. The fear is that if you develop ONJ, any dental procedure will make matters worse.

We don’t know exactly what percentage of patients will develop osteonecrosis of the jaw as a consequence of taking bisphosphonates long-term. At this point, many physicians are unaware of the risks. Any patient considering long-term treatment with these drugs should be aware of their potential dangers.