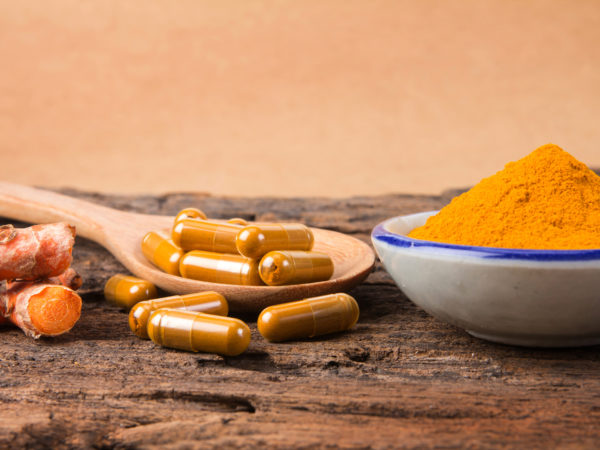 What is Graves’ disease?
Graves’ is an autoimmune disease first described in the mid-1800’s by Dublin physician Matthew Graves, who treated three successive women with heart palpitations and overly large thyroid glands. It is the most common form of hyperthyroidism and occurs when the immune system mistakenly attacks the thyroid gland, causing it to enlarge and overproduce thyroid hormone. This can greatly increase the body’s metabolic rate, leading to a host of health problems.

What are the symptoms of Graves’ disease and how is it diagnosed?
The thyroid plays a critical role in metabolism. When, as in Graves’ disease, it makes too much thyroid hormone, the body’s metabolism is greatly accelerated. This results in symptoms of hyperthyroidism, which can begin mildly with anxiety, distracted attention, nervousness, irritability, heat intolerance, and difficulty sleeping. Gradually, a patient can begin to become fatigued, experiencing a rapid or irregular heartbeat, shaking, increased perspiration, changes in libido, weight loss despite normal food intake, brittle hair, frequent bowel movements, and in women, light menstrual periods. In some cases, the tissue and muscles behind the eyes swells, making them bulge. The skin near the ankles may also develop a thick red rash.

If a thyroid anomaly is suspected, blood tests are usually performed to determine levels of thyroid-stimulating hormone (TSH) and thyroxine, one of the circulating thyroid hormones. TSH, produced by the pituitary gland, is the hormone that normally stimulates the thyroid. In Graves’ disease, abnormal antibodies are present in the blood, which are detectable and mimic the actions of TSH, causing elevated thyroxine even while natural TSH levels remain low.

A radioactive thyroid uptake exam can also be done to assess thyroid function. The body needs iodine to make thyroid hormone; and by ingesting a small amount of radiolabeled iodine, then later measuring how much of it is taken into the thyroid, a doctor can see how well the gland is producing. High iodine uptake indicates that the thyroid is making too much hormone, as is the case in Graves’ disease.

What are the causes?
In Graves’ disease, the immune system mistakenly targets the thyroid gland, making a faulty antibody (TRAb) that stimulates the thyroid to make excessive amounts of hormone. The thyroid is normally tightly regulated by areas of the brain – the pituitary gland and hypothalamus – that tell it to appropriately turn on and off. This antibody interrupts the normal feedback mechanism that regulates production of adequate amounts of thyroid hormone, causing levels to be abnormally high. We still don’t know what factors may precipitate the immune system to attack the thyroid gland. There does seem to be a genetic component, as Graves’ is found more commonly in certain families and in twins. Other risks, such as gender – it occurs more in women – and age (it usually affects people over the age of 20) also play a role. Recent illness or infections, as well as stress, are additionally linked with developing Graves’ disease.

What is the conventional treatment?
In the U.S., an overactive thyroid is initially treated with radioactive iodine taken orally (as a capsule or drink). The radiation helps to shrink the gland and permanently reduce its hormone output within three to six months. (Radioactive iodine rarely has side effects, and all the radioactivity is eliminated in the urine within two to three days.) . Sometimes anti-thyroid drugs such as propylthiouracil or methimazole (Tapazole) may be given initially to reduce hormone levels; in about a third of cases, taking these medications for a year or more can produce a long-term remission. Still, relapse is common, prompting patients to seek out radioactive iodine treatment. Dr. Weil suggests these proven therapies be considered before having all or part of the thyroid gland surgically removed. Risks of this surgery can include potential damage to the vocal cords and the parathyroid glands, tiny glands located adjacent to the thyroid that control calcium absorption. Following thyroid surgery or treatment with radioactive iodine, people frequently develop low levels of thyroid hormone, becoming hypothyroid in the process and needing long-term thyroid hormone replacement.  Graves’ disease is a more serious condition than an underactive thyroid since the rapid heartbeat it can cause can progress to other serious heart problems if not adequately treated.

Beta blockers, including propranolol (Inderal), atenolol (Tenormin), and metoprolol (Lopressor) can often relieve the rapid heart rate, nervousness and tremors that come from an overactive thyroid. These medications aren’t a cure for Graves’ because the body will still overproduce thyroid hormone, but they can block some of its action. Beta blockers are often used with other forms of treatment until or unless thyroid function stops or becomes too low.

What therapies does Dr. Weil recommend for Graves’ disease?
There is no known, reliable treatment to stop the immune system from producing the antibodies that cause Graves’ disease. Dr. Weil typically recommends conventional medical approaches, which are effective in slowing down production of thyroid hormone or blocking its action. However, uncontrolled case reports suggest that dietary and lifestyle treatments may offer some benefit in addressing autoimmunity, including: