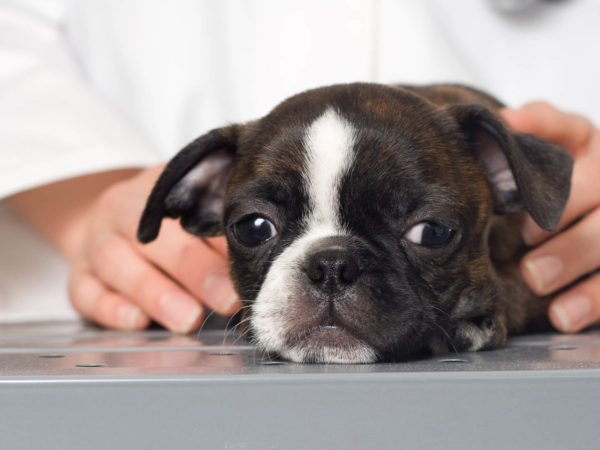 Chocolate can be deadly for certain dogs, but the size and breed of the dog and the amount of chocolate consumed determine how sick a pooch can get. Grapes and raisins are a different story – very small amounts can lead to kidney failure in some dogs.

Chocolate contains theobromine, a drug that is in the same family as caffeine and theophylline (found in tea). Some dogs are very sensitive to it.

So far, however, vets haven’t been able to determine what it is about grapes and raisins that make them so dangerous. They’ve looked at the chemistry of grapes and raisins and at possible residues of pesticides, heavy metals, fertilizers, and other chemicals that may have been used in cultivation, but no chemical culprit has emerged.

Symptoms of chocolate toxicity in dogs include hyper-excitability, hyper- irritability, increased heart rate, restlessness, increased urination, muscle tremors, vomiting, and diarrhea. There is no specific antidote, but if you believe your dog has eaten too much chocolate, take him to the vet as soon as possible for treatment of the specific symptoms. Just to keep things in perspective, I might mention that my daughter’s Welsh Corgi once consumed seven chocolate oranges in a raid on a Christmas stash in a closet; she had nothing worse than diarrhea for a few days.

In 1989 the ASPCA’s Animal Poison Control Center (APCC) began tracking a trend which showed that dogs who ate grapes and raisins developed kidney failure. The type of grapes or brand of raisins doesn’t matter. Neither do the amounts the dogs ate: these can vary from more than a pound of grapes to as little as a single serving of raisins.

After eating grapes and raisins, dogs typically vomit within a few hours and then stop eating and develop diarrhea. Then they become quiet and lethargic, and show signs of abdominal pain. These symptoms can last several days – sometimes even weeks. Blood tests can reveal changes in kidney function so if you know or suspect that your dog has eaten either grapes or raisins, get him to the vet immediately. Treatment can save his life.