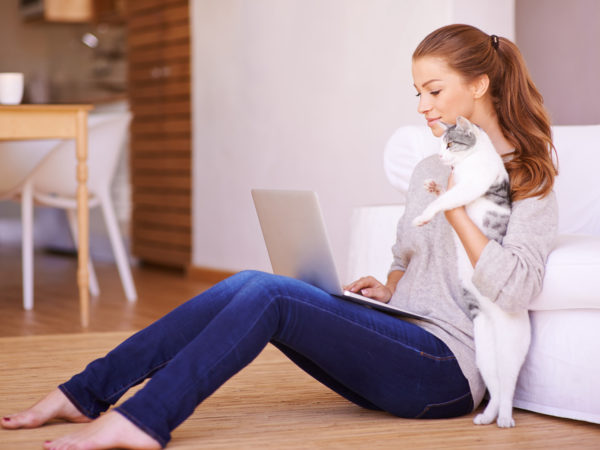 Apparently there is a growing trend among colleges to permit students to keep “comfort animals” in student housing to help them deal with stress. However, there’s a catch: in most cases, the students given permission to have pets in campus housing must have a diagnosed mental health problem such as depression or anxiety, both of which apparently are becoming more common among college students. The result: an increasing number of requests for comfort animals at colleges nationwide. There is some precedent for this: under the Americans with Disabilities Act of 1990, it is a civil right for students who have vision or hearing problems to have guide dogs on campus.

Recognizing that stress is a common problem at exam times, some schools have been bringing in trained therapy dogs to interact with students. But long-standing campus policies against allowing pets (as opposed to service dogs) in student housing have been challenged legally. In some cases, students denied permission to keep emotional support animals on campus have filed discrimination suits. The New York Times recently reported on a case in which the University of Nebraska at Kearney settled with the Justice Department, agreeing to pay $140,000 to two students who had been denied support animals, and spelling out protocols for future requests. Elsewhere, a federal judge refused to dismiss a similar case against Kent State University.

The Times reported that while most students petitioning for comfort animals request dogs or cats, others have asked for lizards, tarantulas, potbellied pigs, ferrets, rats, guinea pigs and even sugar gliders, six-ounce Australian marsupials that live as long as dogs and are very social. It is hard to see, however, how lizards and tarantulas could offer much comfort.

Certainly there’s no doubt that animals can have a positive impact on health. Research has shown that pet owners have less illness, recover faster from serious health conditions, and tend to be more content than people who do not care for companion animals. As for the impact of comfort animals on stress, some studies have shown a benefit for patients who have experienced trauma or suffer from post-traumatic-stress disorder. A 2015 review of 10 studies published earlier concluded that comfort animals (mostly dogs and horses) reduced anxiety, PTSD symptoms and depression, but the authors concluded that more research is needed to establish effectiveness.

For students who want comfort animals, the key is establishing that they have a legitimate therapeutic need, not just the desire for a pet.