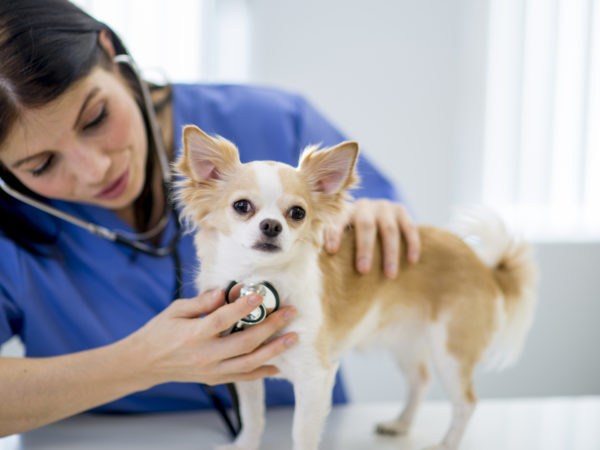 This is an issue that divides pet owners and veterinarians. Some pet owners kiss their pets regularly – and some vets kiss their animal patients as well as their own pets. And none of them are likely to change their ways, because it is, in fact, rare for diseases to be transmitted from pets to people.

A pet kissing debate among vets was most recently set off when the May 1, 2012, issue of the journal Veterinary Economics carried an article by veterinarian Christina Winn, who listed kissing her furry patients as one of her tactics for enhancing pet owner compliance. “Clients are more likely to follow your recommendation if they see that you love their pet as much as they do,” Dr. Winn wrote. She did have some cautions about the practice such as, “Never kiss a growling patient.” The article triggered a response from a group of vets in the anti-pet-kissing camp who pointed out that it is, indeed, possible to get a disease from a pet, prompting Dr.Winn to respond that she never said she kissed pets on the mouth and that she carries a travel-sized container of baby wipes to clean herself after each kiss.

It should be obvious that how you kiss a pet is a major determinant of risk. Are you talking about a peck on the muzzle or a mouth-to-mouth kiss in which saliva might be exchanged? It is not true, as some people believe, that dogs’ mouths are cleaner than ours. Remember that dogs will eat unsanitary items they find in the street or in the garbage and that they use their tongues for cleaning and grooming themselves. Even though we don’t commonly see dog owners – or vets – growing ill as a result of kissing companion animals, saliva exchange with dogs is not a good idea. (Since cats are by nature less exuberant animals than dogs, they’re much less likely to engage in a mouth-to-mouth display of affection.)

Recently, Japanese researchers examined dental plaque from 66 dogs and 81 humans. The investigators’ analysis of the plaque turned up 11 different types of oral bacteria, including three capable of causing dental disease, that were present in plaque from dogs and were also found, less frequently, in humans. However, the study did not address the question of whether the exchange of bacteria actually leads to gum disease in humans.

Disease transmission between humans and animals is called zoonosis. A report titled “Zoonoses in the Bedroom,” from the University of California, Davis, published by the CDC journal Emerging Infectious Diseases in 2011, reviewed rare cases of transmission of serious diseases from pets to humans. Two examples: a housewife in the UK who regularly kissed the family dog developed bacterial meningitis caused by the bacteria P. multocida, and a 9-year-old boy whose flea-infested cat slept with him got plague. You can best protect yourself, the report concluded, by providing regular veterinary care for your pets to ensure that they’re healthy and stay that way.