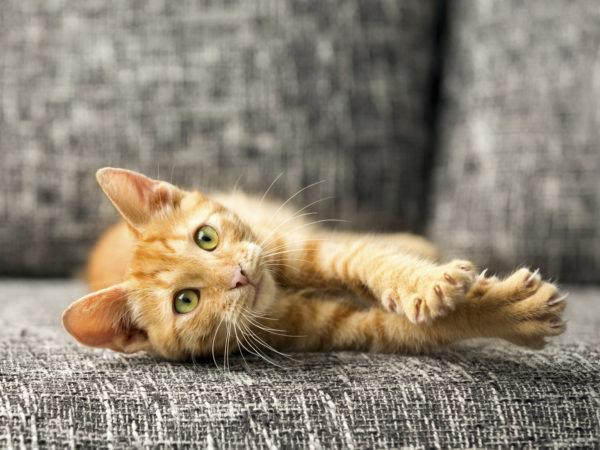 Cat scratch fever is caused by bacteria that get into cats’ fur through contact with fleas. It can be spread from cats and kittens to humans by scratches or bites, although the vast majority of scratches and bites do not transmit it. Historically, cat scratch fever has been regarded as a relatively mild disease, but a new study by epidemiologists at the U.S. Centers for Disease Control and Prevention (CDC) suggests that although fewer people seem to be diagnosed with cat scratch fever these days, the disease appears to be more serious than once thought.

The researchers examined health insurance claims from 2005 to 2013 in order to determine how many people are affected annually. They reported that some 12,000 people are diagnosed with the disease every year and that 500 of them need hospitalization. Most of those infected are children between the ages of 5-9, probably because of the ways they play with cats.

The study also determined that most infections occur in the fall and winter, and are reported primarily in the South because that’s where the fleas responsible are most common. They are least common in arid mountainous areas of the West.

To contract cat scratch fever you have to have been in direct contact with a cat that has fleas. The bacteria responsible – mostly Bartonella henselae – are in flea feces (called flea dirt) that build up in cats’ fur and can get on their paws and in their mouths when cats groom themselves. While some infected cats become ill, the CDC says that most simply carry the bacteria in their blood without getting sick. Some studies have found the Bartonella bacteria in the blood of up to 1/3 of healthy cats, particularly kittens.

The symptoms of cat scratch fever include fatigue, fever and swollen lymph nodes that develop one to three weeks after being scratched. Most cases resolve without antibiotic treatment. However, occasionally the infection can cause brain swelling or heart damage that can be fatal if not treated properly. Those most likely to get seriously sick are people who are immunocompromised, such as patients with HIV.

To prevent infection, lead study author Christina Nelson advises keeping your cats (and kittens) indoors so they can avoid fleas and using adequate flea control if you let your cats go out. The CDC recommends washing your hands after touching a cat or kitten and warns against kissing their fur, which could be full of flea feces. And don’t let cats lick you if you have any scrapes, scabs or open wounds.

Considering that there are an estimated 58 million stray or feral cats in the U.S. plus between 74 and 96 million pet cats, your chances of becoming one of the 12,000 individuals diagnosed each year with cat scratch fever are extremely low even if you do sustain an occasional scratch or bite.