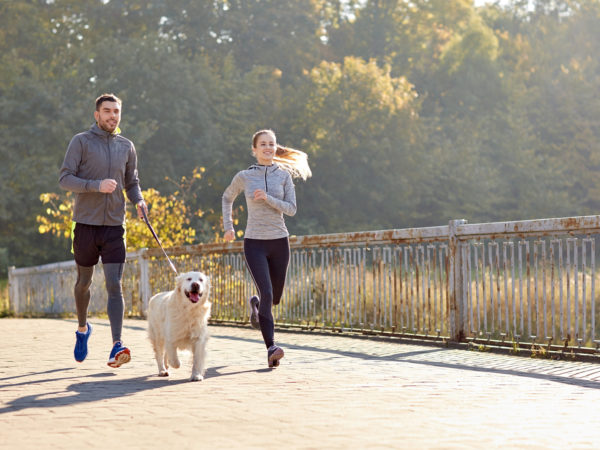 You probably heard about a study from Finland suggesting that pet owners are heavier, less active and in less good health than people who don’t have pets. The findings come from a survey of more than 21,000 Finnish adults who were young or middle-aged. The researchers, from the University of Turku, found that pet owners were more likely to be overweight and to rate their own health as poor. They also performed little exercise, probably because many were home owners who could simply put their dogs out in the yard rather than taking them for walks. The pet owners in this study also tended to be middle aged, had more health risk factors and less education than the non-pet owners in the survey. The study was reported in the online journal PLoS One, published by the Public Library of Science.

An earlier study, reported in the February 2006 issue of the American Journal of Preventive Medicine found that dog owners in greater Victoria, British Columbia got almost twice the amount of daily exercise (an average of 300 minutes per week) as men and women who didn’t own dogs (an average of 168 minutes per week). This study found, however, that other than walking, the dog owners exercised less than non-owners. Of course, if you have a dog in an urban setting, such as the Victoria area, you have to get out and walk with your pet.

Keep in mind that the benefits of having a companion animal aren’t limited to the physical activity you get from taking the dog for a walk. A study in the September/October 2002 issue of Psychosomatic Medicine found that the presence of pets can reduce stress more effectively than telling your troubles to your spouse or best friend. Previous research published in the American Journal of Cardiology in 1995 found that men who own dogs have a decreased risk of death within a year of a heart attack compared with men who don’t have dogs.

If you’re not a dog (or cat) person, I don’t recommend adopting one for the sake of your health. But if you do enjoy being around animals, having companion animals can enrich your life – and may have a positive effect on your health. If you already have a pet, take advantage of the relationship by walking it and playing with it as opposed to showing it the door.