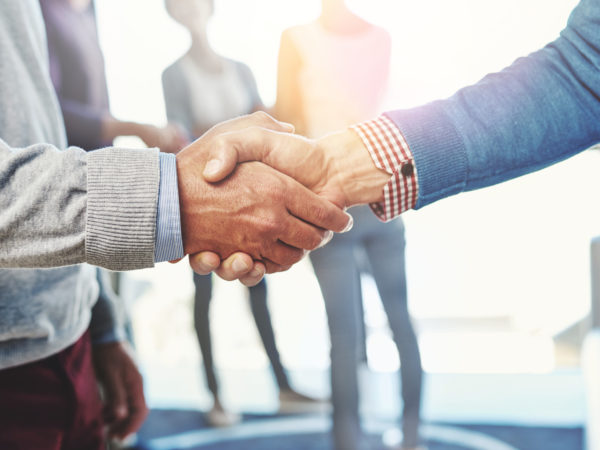 Over the years, a number of studies have linked handgrip strength – not handshake – to health, although results weren’t always conclusive. The latest and largest investigation of this question found clear evidence that a weak handgrip is associated with a higher risk of suffering a heart attack or stroke, as well as a shorter overall survival time. Researchers from the Population Health Research Institute at Canada’s McMaster University reached this conclusion after a study that included nearly 140,000 adults in 17 economically and ethnically diverse countries.

In simple physiologic terms, the strength of your handgrip reflects your muscle strength, which may be why a weak grip predicts health problems to come. Muscle strength may not explain the entire connection, but in this study the investigators found that handgrip strength proved better at predicting risks to health than high blood pressure.

To reach this conclusion, an international team measured the grip strength of 139,691 adults ages 35 through 70 using a device called a handgrip dynamometer. They then followed the participants for an average of four years, during which 3,379 of them died.

The investigators factored in other possible influences such as age, employment status, alcohol and tobacco use, gender, physical activity, diet, body mass index, and waist-to-hip ratio, as well as health problems including diabetes, hypertension, cancer, coronary artery disease, chronic obstructive pulmonary disease (COPD), stroke or heart failure. They also considered the wealth of the country in which participants lived.

After assessing all these factors, the team concluded that every 11-pound decrease in grip strength was linked to a 16 percent higher risk of dying from any cause, a nine percent increased risk of stroke and a seven percent increased risk of heart attack. The results suggest that measuring patients’ handgrip strength could be a quick and inexpensive way for doctors to identify those at higher risk for heart problems and premature death. A weak grip could be a warning of medical problems to come and might motivate patients to make healthy lifestyle changes including improvements in nutrition, getting regular exercise, quitting smoking and avoiding excessive alcohol use.

The researchers said they’re not sure whether or not training to increase handgrip strength would have any beneficial effect on health risks. However, study leader Darryl Leong, M.D., Ph.D., a cardiologist, was quoted in news reports as saying that increasing muscle strength can’t hurt and that the study’s findings suggest that strength training should be a part of a regular exercise program.

I’ve long regarded strength training with free weights (or weight machines if you work out at a gym) as an essential part of any exercise program. We’ll need more research to determine whether or not strength training actually can reduce the health risks of people with weak handgrips, but I agree with Dr. Leong: it’s unlikely to cause harm.