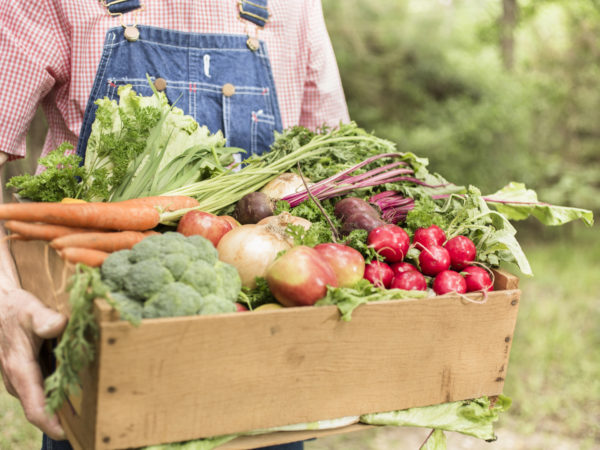 Initiated in 1981 by the Rodale Institute, the side-by-side comparison of organic and conventional farming methods found that organic farming is the "healthiest and safest way to feed the world, provide much-needed jobs, reduce our greenhouse gas emissions and protect precious natural resources," according to a statement from Mark "Coach" Smallwood, executive director of the Rodale Institute that accompanied the study’s release.

The study focused on corn and soybeans because so much land is now being utilized for the production of these two crops. In 2004, wheat was added to the mix. Here are some of the most important findings:

Beyond all that, earlier studies have shown that organically grown fruits and vegetables appear to have higher antioxidant levels than conventionally grown foods. And we know that organic crops are raised without the chemical pesticides implicated in human and animal cancers, nervous system disorders and other serious diseases.

I think the Rodale Institute findings go a long way to refute some of the most persistent myths about organic farming – that farmers lose money, that yields are lower, and that management practices are more expensive.

The Institute has announced that the trial will continue by focusing on nutrition and human health in an effort to demonstrate that organic farming can not only feed the world but can improve health. I hope that those results prove as persuasive as the current findings.