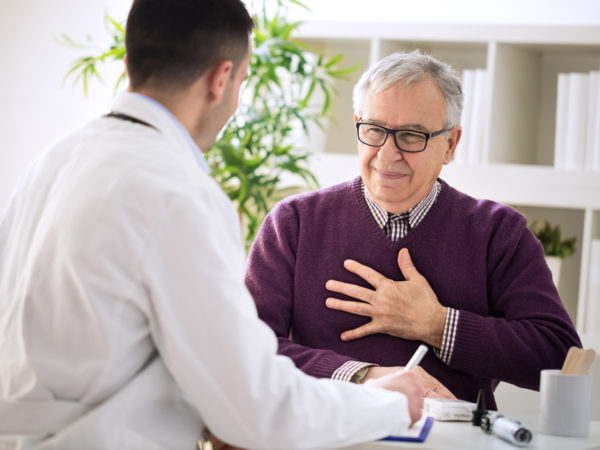 You raise a good point. Sometimes, doctors are too quick to dismiss a multitude of complaints as simply stress-related or perhaps symptoms of anxiety or depression. And sometimes, we are wrong. Writing in the New York Times on Nov. 11, 2010, internist Danielle Ofri, M.D. described an encounter with a patient who came in with a "sea of complaints," a long list of physical problems written on a piece of paper – headaches, eye pain, pounding in her ears, shortness of breath, dizziness, needling sensations in her chest and trouble sleeping among others.

The physical exam was unremarkable, and the patient had had a normal EKG and cardiac stress test within the past year. However, she clearly was under a lot of stress and described to the doctor tensions stemming from her mother’s illness, her job, and her son, 28, who "still can’t support himself."

Dr. Ofri wrote that she discussed with her patient how stress could lead to physical symptoms and that by treating the stress, some of the pain might diminish. That night, the doctor was called to the emergency room to learn that her patient had just been admitted to the hospital with a pulmonary embolus, a potentially fatal blood clot on the lung. That’s what had caused the chest pain and shortness of breath.

"The truth was (that) any of her symptoms might have masked a life-threatening illness," Dr. Ofri wrote. "Headaches could have been a cerebral aneurysm. Needling sensations in the chest could have been angina. Pounding in her ears could have been a brain tumor. But I had to rely on my clinical judgment that it was extremely unlikely for her to have all of these serious conditions simultaneously, so I chalked it all up to stress. And I was wrong."

This experience led Dr. Ofri to devise a system for dealing with patients who come into her office with multiple complaints. She tells them that she will focus on just three issues during each appointment – two selected by the patient and one by the doctor. That way, the patient can choose the two symptoms that are most bothersome while the doctor can zero in on the one that might suggest a serious illness.

Dr. Ofri clearly learned a painful lesson. Her story has ramifications for patients as well as doctors. You may have multiple complaints, and they may all stem from stress, but just in case, it’s always best to check out what’s bothering you and to focus on your most troubling symptoms.