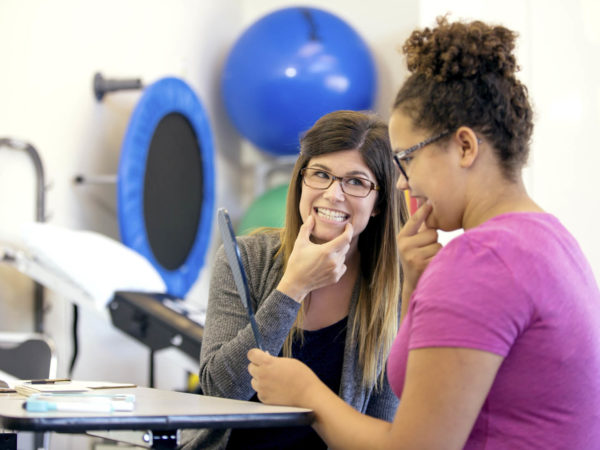 "The King’s Speech" brought much welcome attention to stuttering, a speech disorder that we all recognize and that some three million Americans deal with every day. Most children who stutter outgrow it within months or a few years as Vice President Joseph Biden revealed he did as a young boy, but some do not: about one percent of adults stutter. Worldwide, some 68 million people are affected.

I hope the film shattered some myths about stuttering – that it is caused by nervousness or stress (stress can aggravate stuttering, but it isn’t the cause) or that people who stutter aren’t as intelligent or capable as others. In 2010, researchers at the National Institute on Deafness and Other Communication Disorders (NIDCD) isolated three genes that cause familial stuttering. Mutations in two of these genes had earlier been implicated in rare metabolic disorders involved with cell recycling. Researchers are now working to determine how these genetic defects are connected to speech disorders. The cause of other forms of stuttering remains unknown.

I wish I could tell you that there is a surefire cure for this distressing problem, but none exists. Drugs for epilepsy, anxiety and depression have been clinically tested, but none proved helpful enough. Other drugs are now being evaluated, including psychoactive agents such as LSD, but genetic research may someday point the way to reliable treatment. I’ll update you if there is a breakthrough in this area. Some people who stutter have been helped by the use of electronic devices that can be worn in the ear like a hearing aid and digitally replay a slightly altered version of the wearer’s voice into the ear. This may work because people rarely stutter when speaking in unison with others. However, the long-term effectiveness of this method, called altered auditory feedback, is uncertain.

According to the NIDCD, many people who stutter get best results from a combination of therapy and self-help groups. When seeking therapy, look for a speech professional certified by the American Speech-Language-Hearing Association.