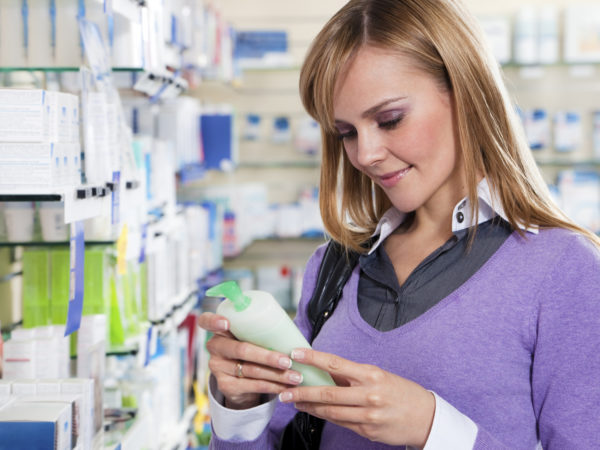 Parabens have been widely used as preservatives in shampoos, cosmetics and other personal care products since the 1950s. They are also found in drugs, and even in some food and drinks. It’s true that these chemicals are weakly estrogenic, but the health affects of using products containing them remains to be seen. Concern about parabens is closely tied to the persistent rumor that antiperspirants are a major cause of breast cancer. I can assure you that this is not the case, but evidence that traces of parabens have been found in breast cancer tissue has generated speculation that they might contribute to the growth of breast cancer cells. The good news here is that according to the FDA, most major brands of antiperspirants and deodorants no longer contain parabens.

In 2013, the American Cancer Society (ACS) on its website revisited the issue of whether or not antiperspirants cause breast cancer, including the question of whether parabens play a role. The ACS noted that so far, studies have not shown any direct link between parabens and any health problems, including breast cancer, and made the point that many other compounds in the environment besides parabens mimic estrogen.

The latest from the FDA on this subject came in 2013, when the agency last updated its page on parabens. The agency noted that these chemicals have been shown to have much less estrogenic activity than the body’s naturally occurring estrogen and cited a 1998 study concluding that butylparaben, the most potent paraben tested, showed from 10,000- to 100,000-fold less activity than naturally occurring estradiol, one form of estrogen. The FDA also noted that a 2005 review concluded that based on maximum daily exposure, it was implausible that parabens could increase the health risk associated with exposure to other estrogenic chemicals.

There is no doubt that we’re all exposed to parabens. As part of the National Health and Nutrition Examination Survey (NHANES), during 2005 and 2006, researchers from the U.S. Centers for Disease Control and Prevention measured parabens in the urine of more than 2,548 participants aged six years and older. This testing allows scientists to estimate the amount of parabens in our bodies. The CDC scientists found methylparaben and propylparaben in the urine of most of the people tested, suggesting widespread exposure to this chemical. Women had several-fold higher concentrations of these two parabens than men, which the CDC said probably reflects their greater use of cosmetics and related products. However, simply finding parabens in urine does not say anything about possible adverse health effects.

Other than the CDC survey, the only other relatively recent study on the presence of parabens is one done in 2006 by the industry-led Cosmetic Ingredient Review (CIR), in partnership with the FDA. Their determination was that there was no need to amend the 1984 conclusion that parabens are generally considered safe for use in cosmetics products.

While the research indicates a trend of acceptable exposure, I think it’s prudent to question the safety of anything that has hormonal activity, however small. If you’re concerned about exposure to parabens, I urge you to check the ingredients list of personal care products you buy for the presence of these chemicals. Look for names containing the word paraben. Alternatively, consider buying your personal care products in health food stores. I’ll keep tracking this issue and will report on any developments as they occur.