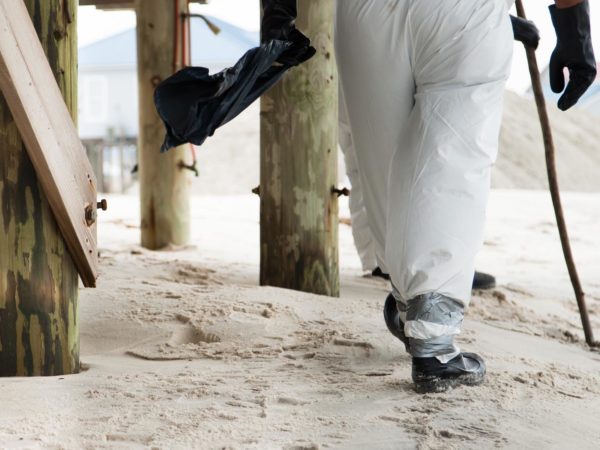 At this writing, the gushing well is apparently no longer flowing, but I wish we knew more about how the oil spill will ultimately affect the health of people who live in the area and those who are working on the clean-up. Unfortunately, we know very little about the long-term effects of contact with crude oil.

I also heard the rumor that most of the clean-up workers on the 1989 Exxon Valdez oil spill were now dead, but I doubt it’s true. Kerry Kennedy, president of the Robert F. Kennedy Center for Justice and Human Rights, made that claim during an appearance on CNN. I haven’t been able to track down the source of her statement, and I can find no scientific studies documenting the long-term physical health effects on human beings of that oil spill in Alaska. However, a 1993 study on the mental health impact of the Exxon Valdez spill showed increased rates of anxiety disorder and post-traumatic stress disorder among area residents.

Reportedly, mental health experts are forecasting more of the same among residents whose jobs and businesses have been most directly affected by the Gulf oil spill. Also reported are increases in the incidences of domestic violence, as well as more drug and alcohol use and behavior problems among school children in the region.

I’ve read that some of the clean-up workers in the Gulf reported experiencing flu-like symptoms – chest pain, dizziness, nausea and headaches – which they attributed to exposure to fumes from the oil and from the chemicals being used to disperse it. On shore, odor from pollutants in oil can cause headache, nausea and throat irritation, according to the U.S. Environmental Protection Agency.

More troubling is the possibility of long-term effects of exposure to oil. Here, we just don’t have adequate data. Few of the thousands of compounds that crude oil contains have been assessed for their impact on human health. We do know, however, that continued exposure to the chemical dispersants being used can cause central nervous system problems and damage the kidneys, liver, and blood. It is unlikely that anyone other than cleanup workers would have come into contact with dispersants. I hope all of them took precautions to protect themselves. I also suggest reviewing the safety information from the U.S. Centers for Disease Control and Prevention for those working on the spill.