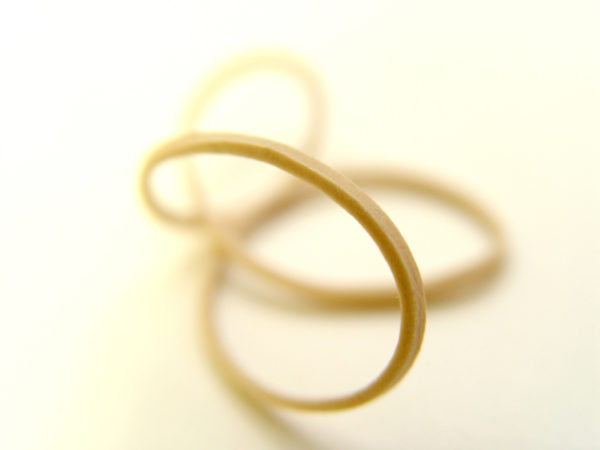 Hemorrhoids are swollen veins around the anus that can become inflamed, causing itching, rectal bleeding and pain that can sometimes be severe. According to the National Institutes of Health, about 50 percent of the United States population above the age of 50 have hemorrhoids. The most common causes are prolonged sitting, constipation, and irritants in the diet, including strong spices such as red pepper and mustard, and drinks such as coffee, decaffeinated coffee, and alcohol. Stress can cause hemorrhoids, as can pregnancy (due to pressure of the fetus in the abdomen, as well as hormonal changes that cause blood vessels to enlarge; these hemorrhoids usually disappear after delivery.)

To prevent hemorrhoids as well as treat them, you should increase the amount of fiber in your diet in order to relieve constipation (and consequent straining, which increases pressure in the veins surrounding the anus). You can do this by eating plenty of fruits, vegetables and whole grains. If that’s not possible, take psyllium seed husks, in any of the forms available in drugstores and health-food stores. Triphala, an herbal mixture from the ayurvedic tradition, is another excellent bowel regulator. You can buy it in capsules in health food stores. Follow the dosage on the label. Drink lots of water, more than you think you need, and be sure to get regular exercise. Yet another healthy option is freshly ground flax seed, a great source of both soluble and insoluble fiber in addition to its omega-3 fatty acids and lignans. Flax helps promote bowel motility as well as softening stool. Try 1-2 tbsp daily with food. If absolutely necessary, you can lessen pressure and straining with bowel movements by taking an over-the-counter stool softener such as docusate sodium (Colace).

A natural, soothing treatment for inflamed hemorrhoids is application of warm compresses for 10 minutes at a time several times a day. Local heat increases blood flow to the area, promoting healing. Use moist cleansing wipes after bowel movements instead of dry toilet paper and also clean the area with witch hazel solution. Over-the-counter medications such as Preparation H won’t cure hemorrhoids, but they can soothe the irritation. Aloe vera gel can help, too.

Most hemorrhoids disappear on their own after a few days, but some persist and may become hard, due to clotting of stagnant blood. These may require more invasive treatment. One method is ligation, in which a rubber band is placed around the base of the hemorrhoid. The band cuts off blood circulation and, as a result, the hemorrhoid withers away within days. Another method is sclerotherapy – injection of a chemical solution around the blood vessel to shrink it. A third technique relies on infrared coagulation to destroy the hemorrhoid by burning. And lastly, a surgical procedure known as hemorrhoidectomy is occasionally recommended for extensive or severe hemorrhoids to completely remove them. All of these are last resorts for persistent or severe cases that do not respond to simpler methods.