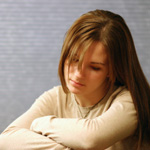 The widely reported cases of mass hysteria in a small town near Buffalo began in the fall of 2011 when some girls attending Le Roy Junior/Senior High School began to show symptoms of Tourette’s syndrome, a neuropsychiatric disorder marked by "tics" – involuntary movements and vocalizations. News accounts said that the girls’ symptoms included painful shaking as well as jerking of their necks.

In a months-long investigation school and state officials tested the school building for high levels of carbon monoxide and carbon dioxide, mold, bacteria and volatile organic compounds, but all of the tests were negative. According to the Buffalo News the affected girls were screened and diagnosed by a pediatric neurologist who consulted with national experts with assistance from the New York State Health Department. The girls had little in common and didn’t know each other although, reportedly, some of them may have seen others with symptoms.

The term "hysteria" was coined by Hippocrates, circa 400 BC, to describe illness in unmarried women then believed to be caused by a "wondering womb." Symptoms included convulsions, twitching, muscle spasms, abdominal cramps nausea, and headaches that typically spread quickly to other women in the vicinity.

During the Middle Ages, outbreaks of mass hysteria were called the St. Vitus Dance, and the twitching was viewed as a curse due to sinfulness. Later, in early colonial days the same phenomenon among young girls in Salem, Mass., was blamed on witches’ curses.

More recent outbreaks have occurred in factories, offices and, most often, in schools and are usually blamed on "toxic fumes, gasses or chemicals" or "environmental pollutants" that are never identified, often after exhaustive research.

Investigation of the cases in Buffalo now involves a review of contaminated soil stored in metal drums, a connection that remains speculative and is likely to prove unrelated.

Mass hysteria is nothing new. Episodes often start with a trigger such as a bad smell, a rumor of exposure to some poison or even a bug bite. While the phenomenon may be hysterical, the victims really are sick. They’re not imagining their symptoms, and they’re not mentally ill. The cause is stress and the effect of others on how we feel. Mass hysteria, also called mass psychogenic illness or conversion disorder, is diagnosed when no abnormalities show up on physical exams and medical tests, and no outside agent, such as a pollutant, can be found. It is often compared to stage fright, when performers suffer from breathing problems and stomach upsets prior to going on stage or in front of a camera.

Typically, outbreaks of mass hysteria end when patients are reassured that they haven’t contracted any infectious disease or haven’t been poisoned. Medical experts on the scene said they expected all the affected girls in Le Roy to get better.