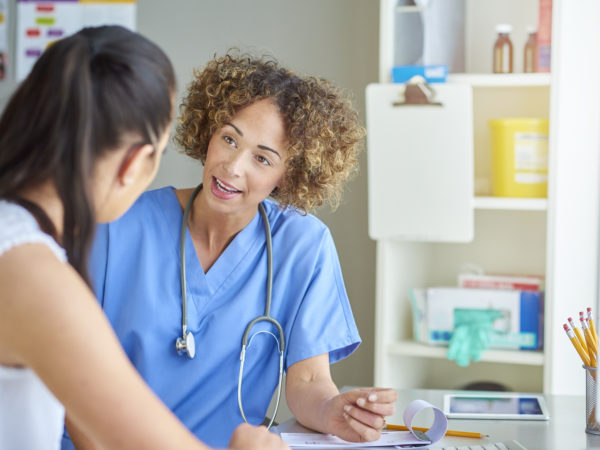 A California-based company called Color Genomics has announced the availability of a test for mutations in the BRCA1 and BRCA2 genes. Defects in these genes can increase the risk of breast and ovarian cancer. The test also screens 17 other genes that can influence cancer risks. The charge for the test is $249, which is very low compared to current costs that can run into the thousands and are not always covered by health insurance. This newly available test will help enable almost any woman to be screened for genetic cancer risk, and the company is even making provisions for women who can’t afford the $249. Until now, only women with a family history of breast or ovarian cancer were eligible for insurance coverage of high-cost genetic testing.

You can order the new test directly from the company’s website or through your physician. All you have to do is send back a saliva sample in a receptacle that is mailed to you after you place an order.

An article in the New York Times noted that geneticist Mary-Claire King of the University of Washington, whose work led to discovery of the BRCA1 gene, has called for testing of all American women over the age of 30. Dr. King has stated that about half of the women carrying dangerous genetic mutations wouldn’t qualify for testing under current guidelines, partly because they may have inherited mutations from their fathers, not their mothers, and thus would not have strong family history of breast and ovarian cancer. Dr. King is an unpaid advisor to Color Genomics.

A concern voiced by others in the medical community is that testing more women could result in many being told they have genetic variants that aren’t clearly either risky or unimportant, an issue other testing companies have joined forces to resolve. This could leave many women unnecessarily worried and uncertain about their risks. The Times interviewed Dr. Kenneth Offit, chief of the clinical genetics service at Memorial Sloan Kettering Cancer Center in New York, on this subject. He noted that Myriad Genetics of Salt Lake City, Utah, the testing company with the most data, has reported a two percent rate of variants of “unknown significance.” Dr. Offit said those rates could be higher elsewhere.

With the new test being so inexpensive, experts in the field have questioned whether the charge is sufficient to cover interpretation of the results by qualified experts and consultation about options women have going forward. This part of the process usually runs about $1,500 elsewhere. According to Color Genomics, when a woman orders the test from its website, her results will automatically be sent to a doctor the company hires to evaluate it.

This announcement heralds a new step in affordable genetic testing. While it widens the availability of the tests for women who otherwise could not afford them, nothing substitutes for expert, personalized counseling to help women address bad or uncertain news once the results are known.