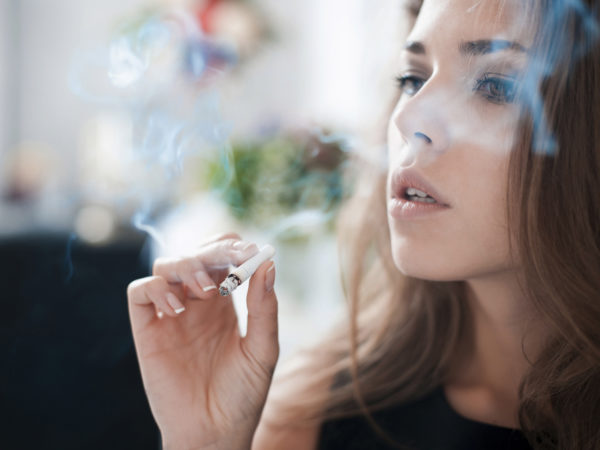 The term “third-hand smoke” was coined to describe the residue of tobacco smoke that settles in a closed space (a room, a car) and can remain for weeks or longer, giving off toxins that may prove to be a health threat. So far, however, the suggestion that third-hand smoke actually leads to health problems remains hypothetical.

You may get a whiff of this standing next to a smoker even when the person is not presently smoking – the smoke from earlier cigarettes settles and accumulates in hair and clothing. In an elevator, you might smell smoke residue from a passenger who was there earlier. The toxins from tobacco smoke can settle in carpets, clothes, wood, and upholstered furniture and remain long after a cigarette has been put out. Third-hand smoke is believed to be particularly hazardous for babies and young children.

Jonathan Winickoff, a pediatrician at the Dana–Farber/Harvard Cancer Center in Boston and his team of researchers were the first to use the term “third-hand smoke” in a study published in 2009. In an interview at the time published in Scientific American, Dr. Winickoff focused on the possible threats to young children. He named cyanide and arsenic as the two most dangerous toxins in tobacco smoke. Others are butane, toluene, lead, carbon monoxide, and polonium-210, a highly radioactive carcinogen.

Dr. Winickoff explained that the developing brain is uniquely susceptible to extremely low levels of toxins and explains that babies and young children have the greatest exposure to those from smoke deposited on surfaces. Little kids crawl around and touch and put their mouths on contaminated floors, furniture and rugs. Dr. Winickoff made the point that children ingest twice the amount of dust that adults do because of their faster respiration and proximity to dusty surfaces (such as floors). All told, their exposure to third-hand smoke can add up to 20 times the amount adults get. Studies in rats have shown that exposure to tobacco toxins are the leading cause of sudden infant death syndrome (SIDS), although we have no evidence so far of a connection between third-hand smoke and SIDS in human babies.

In 2010, researchers at the Lawrence Berkeley National Laboratory in California reported that carcinogens called tobacco-specific nitrosamines released by burning tobacco can adhere to a variety of surfaces, where they mix with dust and can be picked up on the fingers, most likely by children and infants. The researchers estimated that nicotine can persist on walls, floors, carpeting drapes and furniture for days, weeks, even months.

Unfortunately, built-up residues of third-hand smoke resist normal cleaning and can’t be eliminated by opening windows, or running fans and air conditioners. We don’t know yet how long they persist.