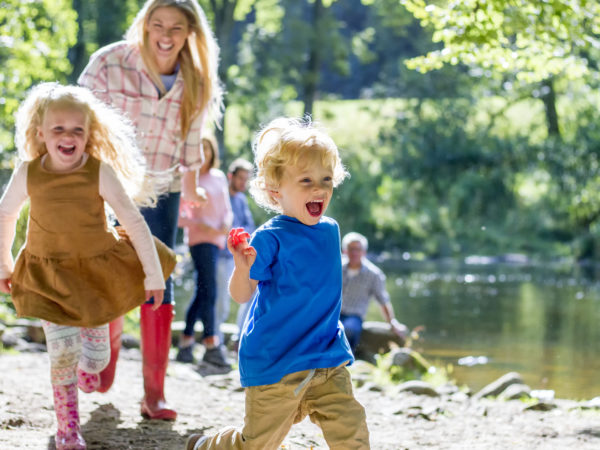 The term “nature deficit disorder” was invented by Richard Louv, an American journalist. In his 2005 book Last Child in the Woods, he lamented the trend toward children spending less unstructured time outdoors, and presented his view that the result of this “deficit” is a wide range of mental and physical problems.

This disorder is not listed in any medical manuals of mental or physical disorders, and I don’t believe achieving that kind of official recognition was Louv’s aim. Instead, he used this term to point out a deep truth: as part of our evolutionary heritage, human beings – both children and adults – have a profound need for time in wild, outdoor spaces, and we suffer when we don’t get it.

One of the biggest contributors to nature deficit disorder in children, Louv contends, is sensationalist media coverage of “stranger danger.” These stories create the impression that the uncommon crimes of child abduction or molestation are highly likely when children venture out of sight of their homes. He also blames electronic media – the “lure of the screen” – for presenting an easy, almost irresistible virtual alternative to outdoor play.

Increasingly, research backs Louv’s contention that exposure to nature is psychologically healthful. A University of Illinois study found that interaction with nature can reduce symptoms of attention deficit disorder in children. Indeed, the “Attention Restoration Theory” pioneered by University of Michigan psychologists Rachel and Stephen Kaplan is based on research showing that time spent in natural surroundings can increase attention span and reduce stress.

I see much evidence that nature deprivation is a major driver of many negative psychological trends, including the modern epidemic of depression. Indoor, sedentary lifestyles almost certainly contribute to the obesity epidemic as well.

While keeping kids safe must always be paramount, allowing children to roam more freely – as they did just a few decades ago – would, I believe, yield benefits that far outweigh the potential risks. I think it’s clear that exposure to nature has healing effects for adults as well. For more on this important subject see my new book, Spontaneous Happiness.