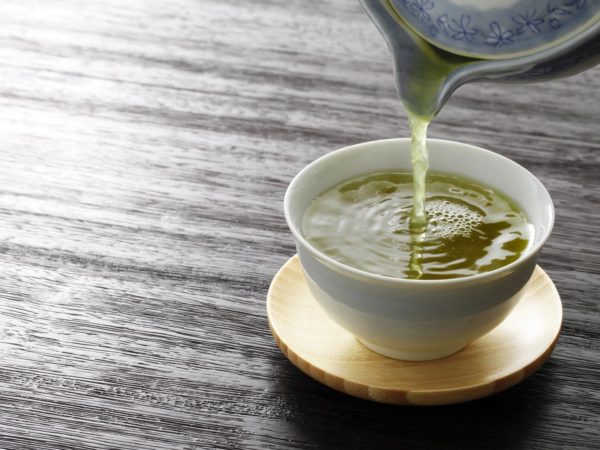 I remain convinced of the health benefits of green tea, and I wouldn’t be surprised if, in time, the FDA is persuaded by rapidly accumulating evidence that the antioxidant activity of the polyphenols in green tea is protective against many diseases.

Green tea is the unoxidized leaf of the tea plant, Camellia sinensis (black tea comes from the same plant but undergoes oxidation that darkens the leaves and changes their aroma, flavor, and polyphenol content). Black tea also has health benefits but delivers less antioxidant activity than green tea. The least processed tea, white tea (from China), is even higher in antioxidant activity than green tea but is more delicate to handle, doesn’t have as much flavor and is often quite expensive.

In a decision announced on May 9, 2006, the FDA rejected a petition from the U.S. subsidiary of Ito-En, a large Japanese green tea company, asking for permission to include on its packaging a claim that drinking at least five ounces of green tea a day may reduce “a number of risk factors associated with cardiovascular disease.” After reviewing 105 scientific publications submitted by the company, the FDA said the evidence was “supportive, but not conclusive for this claim…” In 2005, the FDA rejected a similar petition seeking to make a packaging claim that drinking green tea reduces the risk of cancer.

But I believe that the health benefits – cardiovascular and otherwise – of green tea will eventually be established beyond all doubt. The most important polyphenol in tea, EGCG (epigallocatechin gallate), is one of the most potent antioxidants and probably contributes to the health benefits of tea reported in studies from Asia, Europe and North America. Tea polyphenols may help protect the body from cancer by destroying free radicals, and may protect the heart by lowering cholesterol and improving lipid metabolism. They also have significant antibacterial effects.

I think we should regard the FDA ruling as a call to do more and better studies on the specific benefits of green tea and its relationship with heart disease, as well as its effects on known disease markers such as cholesterol and C-reactive protein.

I’m still drinking green tea daily, and I recommend that you do so as well.