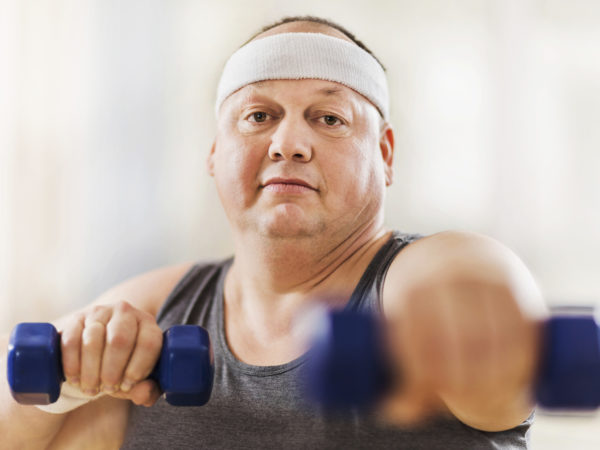 In general, you can’t blame slow metabolism for being overweight, but new research from the U.K. has found that in rare cases a mutated gene may be partially responsible for an altered metabolism that does lead to obesity. Investigators from the University of Cambridge observed that mice missing a gene called KSR2 gain weight more readily than normal mice, and decided to test the DNA of severely obese patients to see if there was a human genetic glitch comparable to the missing mouse gene. They found that some of the individuals in their study had mutated versions of the human KSR2 gene. This mutation has the apparent effect of increasing appetite and slowing metabolism.

The British researchers estimated that less than one percent of humans have this mutation and that not everyone affected would be overweight. However, they suggest that about two percent of children who are obese by the age of five carry the mutated gene. These findings were published in the October 24, 2013 issue of the journal Cell.

KSR2 mutations aren’t the only genetic variations associated with obesity in humans. Another one, FTO, doesn’t affect metabolism but does elevate levels of the hormone ghrelin, which stimulates appetite. People with two copies of the FTO variant gene have a 70 percent increased risk of obesity.

The number of calories burned to fuel basic bodily functions at rest is your “basal metabolic rate.” On top of that are all the calories you burn when you’re going about your daily activities and exercising. The more muscle mass in your body, the higher your metabolic rate. Men usually have a faster metabolism than women because their bodies tend to have a higher percentage of muscle. As we get older, our basal metabolic rate slows because of age-related decrease in muscle mass.

If you want to boost your metabolism, the best thing you can do is get more exercise. Strength training builds muscle, which burns more calories than fat. Aerobic exercise can also pump up your metabolism. The more intense your workout, the more calories you’ll burn. Don’t put any faith in claims that certain supplements can speed your metabolism. I know of no scientific evidence showing that any supplement has a positive long term effect on the process.