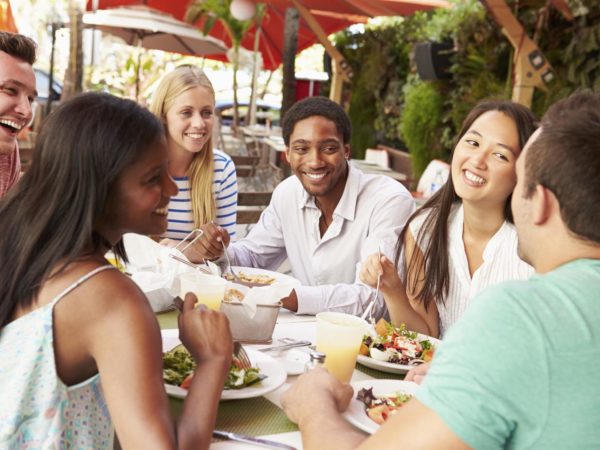 The Mediterranean diet – a composite of the traditional cuisines of Spain, southern France, Italy, Greece, Crete and parts of the Middle East – has been shown in scientific studies to reduce the rate of heart disease, stroke, and death from heart disease by as much as 30 percent. This benefit applies even to men and women considered at high risk because they were smokers, were overweight, had diabetes, high blood pressure, high cholesterol levels or other risk factors for heart disease.

Your question about how lifestyle influences the health of people on the Mediterranean diet is timely. A British cardiologist investigated the issue by visiting Pioppi, a small Italian town just south of Naples. The average resident of Pioppi has a life expectancy of about 90. Dr. Aseem Malhotra went there with a documentary filmmaker and soon noticed that diet – which Dr. Malhotra enthusiastically recommends – was only part of the lifestyle that contributes to the health of the town’s inhabitants. He told the New York Times he was surprised that the people he and his filmmaking team encountered enjoyed and savored their food, turning every meal into an excuse for a social occasion with friends and family. I’ve written about that on this site, but the social reward of meals wasn’t Dr. Malhotra’s only observation. He found that people spent a lot of time outdoors and that instead of setting aside time to work out they engaged in a great deal of leisurely physical activity such as walking and cycling. He also noted that the people of Pioppi seemed to have low levels of chronic stress.

“We need to redefine the Mediterranean diet,” Dr. Malhotra told the Times. “The truth is that it’s a lifestyle. It’s the whole approach. It’s the food. It’s the social interaction. It’s getting the right kind of exercise. It’s being outside. It’s getting sunlight and sunshine.”

He and the filmmakers also found that while olive oil and vegetables were a constant in the diet, elsewhere in the region pork and lamb were commonly eaten. The one dietary factor that seemed constant was that sugar wasn’t frequently consumed. They also learned that all olive oils are not created equal, a subject I’ve addressed on this site repeatedly.

Dr. Malhota’s film, “The Pioppi Protocol,” is scheduled for release in June. I hope it will familiarize audiences in the U.S. and the UK with the benefits of the Mediterranean diet (the template for my anti-inflammatory diet). I agree that diet should be viewed in the context of a more leisurely, social and outdoor lifestyle that contributes to good health and longevity, especially for the people of Pioppi and elsewhere in the Mediterranean region.

Source:
Anahad O’Conner, “The Mediterranean Diet: Is It the Food or the Lifestyle,” New York Times, http://well.blogs.nytimes.com/2015/10/22/the-mediterranean-diet-is-it-the-food-or-the-lifestyle/?ref=health&_r=0 October 22, 2015