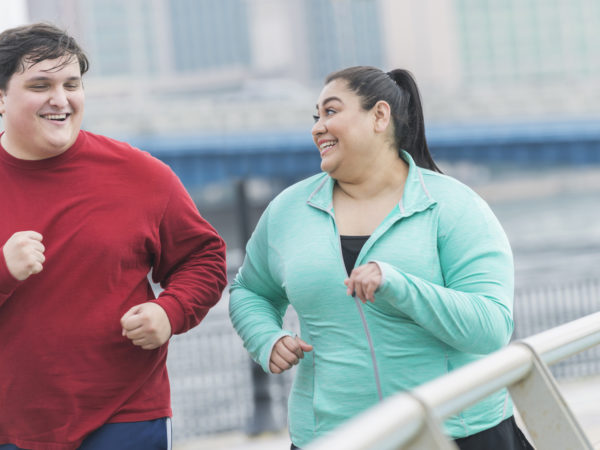 Without question genes play a role in obesity, but the vast majority of cases can’t be blamed on genetic factors. The latest news on this subject comes from Sweden’s Uppsala University, where researchers identified seven new regions – known as loci – of the human genome linked to obesity. They also found that the genetics underlying extreme obesity are similar to those that cause milder forms of overweight and obesity.

More than 260,000 people took part in the Swedish study. Its primary focus was finding as-yet-unidentified genes that increase the risk of obesity as well as comparing genetic factors that cause extreme obesity with those linked to normal weight and being overweight. The researchers clarified that the extremely obese have a greater number of gene variants that apparently may increase the risk of obesity, but they do not have completely different genes from those associated with other weight ranges.

In other research, a study in mice at Boston Children’s Hospital found that a rare genetic mutation kept the animals from efficiently burning off fat calories; the investigators also found a human correlate of this mutation in a group of obese people. Another study in London found that FTO, a specific form of a gene that had previously been linked to obesity, can increase human cravings for high-fat foods.

The more we learn about the genes associated with obesity, the better able we will be to find ways to prevent and treat it. However, experts in the field say that genetic factors are to blame only for about five percent of all cases. Some scientists maintain that even changes in eating and exercise patterns over two decades can’t fully account for the ongoing obesity epidemic and have suggested that chemicals in our environment may share the blame by changing the ways we (and laboratory animals) respond to diet and exercise.

My view is that individuals with a certain genetic constitution can develop insulin resistance if their diets include a lot of carbohydrate foods that carry a high glycemic load. Insulin, the hormone that facilitates the transport of blood sugar (glucose) from the bloodstream into cells throughout the body for use as fuel, is secreted by the pancreas in response to the normal increase in blood sugar that occurs after a meal. With insulin resistance, the normal amount of insulin secreted is not sufficient to move glucose into the cells – thus the cells are said to be “resistant” to its action. To compensate, the pancreas secretes insulin in ever-increasing amounts. This excess insulin drives the body to store fat and influences many other physiologic processes for the worse.

Bottom line: almost all overweight and obese people can lose weight by making healthy changes to their diets and getting regular exercise.