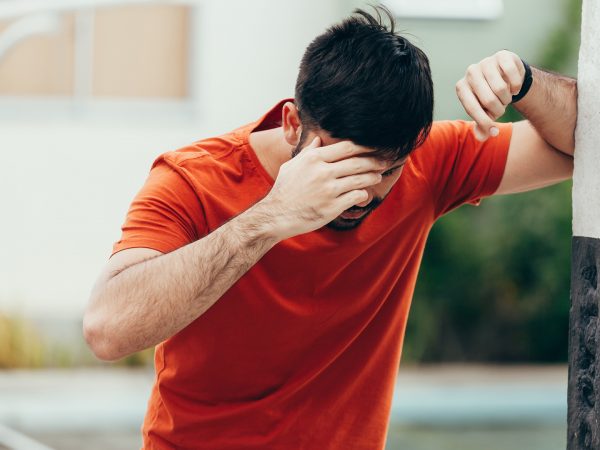 Vertigo and dizziness are two distinct sensations. Many people think vertigo is fear of heights, because they’ve seen Alfred Hitchcock’s famous film, Vertigo. However, this symptom is more than simple dizziness and not necessarily associated with a fear of heights. Vertigo is the disconcerting sense of movement when you’re standing still, the feeling that the world is whirling around you. Or else you feel as if you’re actually revolving. Vertigo can be associated with nausea and the inability to maintain balance, and can be debilitating, especially if it occurs frequently. Among its many causes are circulatory disturbances in the brain and damage to the nerves involved in hearing. It also can be triggered by viral infections in the inner ear. Too frequently, doctors are not able to pin down the cause.

Dizziness, on the other hand, generally means feeling lightheaded, faint, weak or unsteady. It can result from sudden drops in blood pressure (typically after sitting up or standing up quickly), an inadequate output of blood from the heart due to blocked arteries, an abnormal heart rhythm, or other conditions. Dizziness can also be associated with inner ear disorders, infections, or reactions to drugs. A report published in the February 2007 issue of the Archives of Otolaryngology-Head & Neck Surgery found that almost all study participants (who had dizziness for unknown causes), also had psychiatric or neurological conditions including anxiety disorders, migraine, traumatic brain injury and abnormalities in the body system that controls involuntary actions. For these people, treatment depends on the cause.

Since your dizziness is associated with long hours at the computer, it could be due to repetitive use and strain of neck muscles, poor posture while typing, or improper breathing. A related problem is development of “trigger points” – focal areas of tenderness and irritability, particularly in the neck muscle called the sternocleidomastoid. These primarily come from long hours spent typing with shoulders raised, frequent or prolonged telephoning, and bending the head and neck over a keyboard or looking at a monitor screen for long periods of time.

You can discover if you have these by simply pinching the strap-like muscles that go from your ear to your collar bone. If you notice tender areas here you may have trigger points in these muscles, and they may be contributing to your problem. If so, you could consult an osteopath skilled in cranial therapy for treatment. You can also try self-massage, periodic stretching, and taking frequent breaks from the computer. I would also recommend doing my relaxing breath periodically during your breaks.

If you do suffer from vertigo, the conventional treatment is a drug called meclizine (Antivert, Bonine), which doesn’t always work and can cause drowsiness among other side effects. Instead, I usually recommend a trial of the herb Ginkgo biloba, which increases blood flow to the brain. Try two capsules three times a day over two months. I would also suggest a session or two of cranial osteopathy and possibly acupuncture.