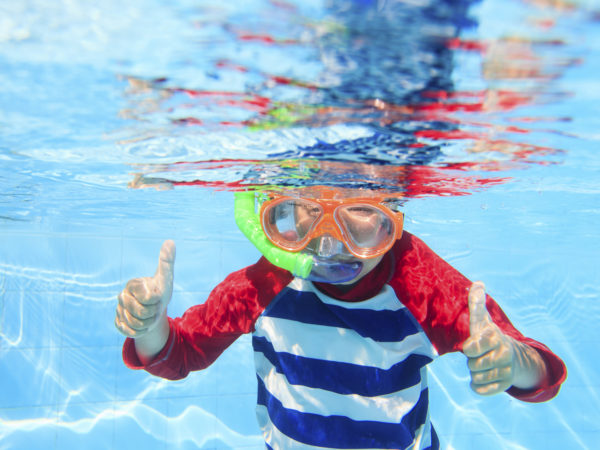 Chlorine used to disinfect swimming pools is widely recognized as a health hazard. New research suggests that children who swim frequently in chlorinated pools may have increased risks of developing allergies or asthma. Among adults exposure to chlorine in swimming pools has been linked with other health problems including bladder and rectal cancer and, possibly, an increased risk for coronary heart disease.

The latest on this comes from a study in Belgium, which found that teens who spent more than 1,000 hours swimming in chlorinated pools had more than eight times the risk of developing asthma or allergies, compared to kids who usually swam in pools using a copper-silver disinfecting method.

A total of 847 youngsters between 13 and 18 took part in the study – 114 of them mainly swam in pools disinfected with a copper-silver ion system. The number of kids who developed asthma increased in proportion to their exposure to chlorinated pools. Those who swam for 100 to 500 hours had almost twice the risk of developing asthma; while those who spent 500 to 1,000 hours had just over twice the risk; and asthma cases nearly quadrupled among those who spent more than 1,000 hours in chlorinated pools compared to teens who swam in non-chlorinated ones.

The Belgian researchers also found that the risks of hay fever and other allergies more than doubled with significant exposure to chlorinated pools. The study was published in the online issue of Pediatrics on Sept. 14, 2009.

Another Belgian study, published in 2003, showed that an irritant released when chlorinated water reacts with urine, sweat or other organic matter from swimmers increased the risk of asthma among children who regularly swam in public pools. This irritant, trichloramine, is believed to damage the cellular barrier that protects the lungs. Blood samples showed elevated trichloramine levels even among individuals who sat at the side of pools but didn’t swim.

I’ve long believed that inhaling chlorine fumes that accumulate above and around pools is unhealthy. Chlorine is a strong oxidizing agent and irritant, harmful to eyes and skin, the respiratory passages and lungs.

To protect yourself in chlorinated pools, consider wearing a mask and snorkel to shield your eyes, and after swimming, leave the pool area and inhale fresh air to flush the gas out of your system. Shower quickly and thoroughly to wash the chlorine off your skin.

Sunblock won’t protect against the effects of chlorine. Instead, lobby local officials and public pool managers to switch from chlorine to safer, more modern disinfection methods. I use a Sigma System silver-copper ion generator in my own pool. Chlorine-based disinfection of swimming pools is obsolete.