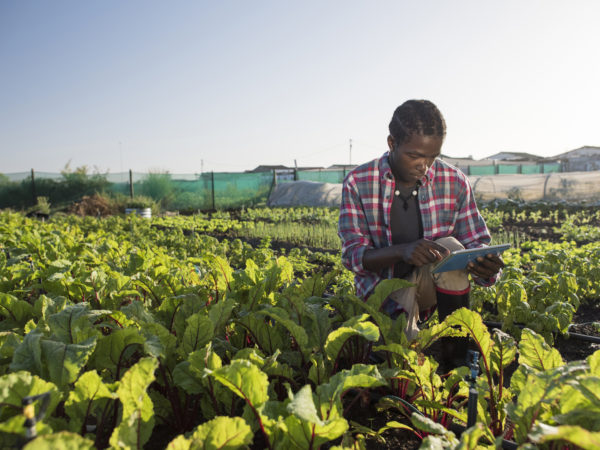 Far from it. As a matter of fact, a new report from the United Nations published in March offers hope that a more sustainable agricultural system will prove to work better – and feed more people – than today’s industrial farming. According to the report, an approximation of eco-farming called agroecology is working wonders in poor countries, doubling crop yields in 20 African nations over a period of three to 10 years and resulting in an average increase of 80 percent in 57 developing countries. What’s more, the UN publication notes that scientific evidence now demonstrates that agroecology enhances soil productivity and protects crops against pests by relying on beneficial trees, companion plants, animals, and insects. If this trend spreads, as I hope it will, agriculture of the future will rely less on pesticides, use less fossil fuel, will nurture the earth and help forestall climate change.

The report, which was based on an extensive review of recent scientific literature, called for a “fundamental shift towards agroecology as a way to boost food production and improve the situation of the poorest.” The evidence from the studies reviewed demonstrates that agroecological methods “outperform the use of chemical fertilizers” in boosting food production, especially in unfavorable environments where many people are hungry.

Presented before the UN Human Rights Council in Geneva, “Agro-ecology and the Right to Food,” focuses on farming that can put food in the mouths of the planet’s poorest people. While it acknowledges that the approach is gaining ground in the United States, Germany, France and elsewhere in the developed world, it concluded that without full public policy backing, these efforts will not get beyond the experimental stage.

Public policies are unlikely to change in the absence of public demand and wider recognition of the ecological damage caused by industrial farming. But faced with climate change and dwindling resources worldwide, the UN report leaves no doubt that sustainable farming makes more sense for the future than the system we have today.