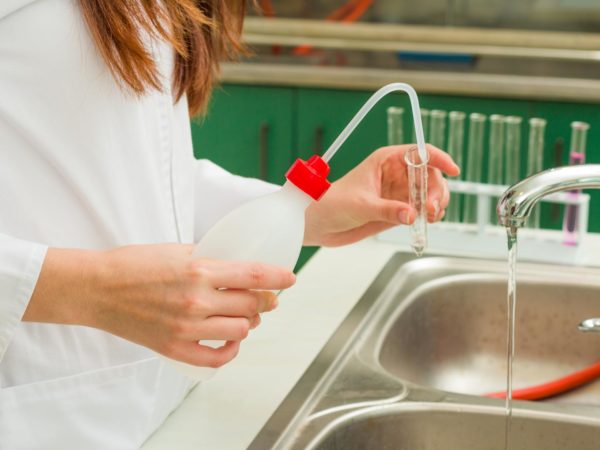 The latest study of bottled water came from the Environmental Working Group (EWG), a Washington-based nonprofit organization that investigates pollutants and their impact on public health. The EWG report isn’t the first or the most comprehensive on the subject of bottled water. In 1999, the National Resources Defense Council, a New York-based environmental advocacy group, tested more than 1,000 bottles of 103 brands of bottled water and found that about one-third violated state standards or microbial impurity guidelines. The following year, a Consumer Reports investigation concluded that eight of 10 five-gallon polycarbonate jugs tested contained residues of bisphenol A, an endocrine disrupter.

The EWG report, issued in October 2008, documented a surprising array of chemical contaminants in every bottled water brand analyzed. The contaminants included toxic byproducts of chlorination in the store brands of several large retail chains, at levels the same as those routinely found in tap water. The EWG said that it considered the results to “represent a snapshot of the market during the window of time” in which the samples were purchased.

Cancer-causing contaminants in bottled water tested “substantially exceeded the voluntary standards established by the bottled water industry,” the EWG reported. The lab tests were conducted at the University of Iowa Hygienic Laboratory on 10 brands of bottled water purchased at retail outlets in nine states and the District of Columbia.

If you’re concerned about the quality of your drinking water, your first step should be to have your tap water tested for contaminants. Get an independent lab to do this, not a company that sells water purifiers. Testing for a range of common contaminants can run more than $100, but the investment is worthwhile. If the test shows that your water quality isn’t up to par, I suggest that you do what I have done – buy a water purification system that uses a distiller. While expensive, it will save money over bottled water in the long run.

Be sure to do your homework – these systems vary greatly in quality, efficiency and price. Two systems that I use personally are the PW4HD3 unit from PureWater4Health.com (520-303-1646), and the Purefecta System from Pall Corp. I also like cheaper carbon block/KDF systems.

The latest study of bottled water gives us no more cause for confidence in these products than earlier ones did. If I knew for sure which brands provide water as pure as we would like it to be, I would name names. Unfortunately, all the information we have on that subject is in the form of manufacturer claims.