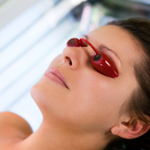 Yes, indoor tanning really is dangerous, which is the point of the new California law, the strictest in the United States so far. (Other states are considering similar legislation.) The California law, which takes effect in January 2012, was passed because of accumulating evidence that use of tanning beds has led to an increased rate of melanoma, a potentially deadly type of skin cancer. Here are a few sobering statistics:

You may ALSO be interested in findings from a study published in the September 2009 issue of the Archives of Dermatology: researchers recruited and trained college students to pose as 15-year-old, fair skinned girls in telephone calls to more than 3,600 tanning facilities nationwide. The students asked about the facilities’ practices and found that about 75 percent said they would allow a teenager to tan every day the first week and promoted "unlimited tanning" discount packages. In states with "youth access" laws, the facilities largely required parental presence or parental consent, but the laws didn’t limit how frequently a teen could tan.

I’m all for spending some time in the sun – but exposure should be linked to your need for vitamin D rather than for bronze skin. Learn more about appropriate sun exposure and check your state’s law on teen tanning.