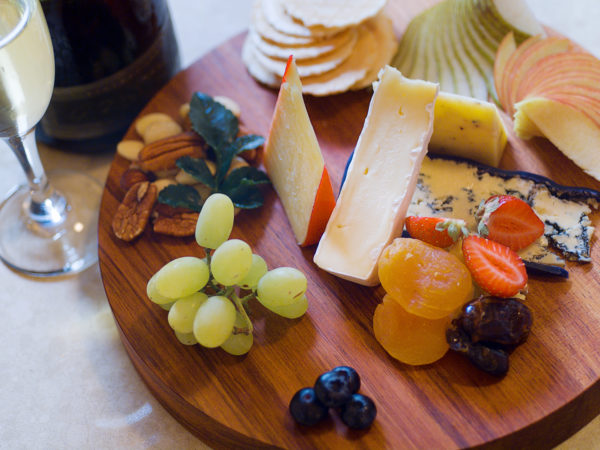 Airline food can be dreadful, but if you’re in the United States and most of your flights are domestic ones (and you’re flying coach), you’re not likely to be served any meal at all these days, even on the longest trips. As an economy measure, airlines have cut back drastically on such amenities as food service. Meals are still served on international flights, and if you’re in business class or first class domestically, you may still get an actual meal, but the majority of passengers have little more to look forward to than a pack of peanuts or pretzels, a soft drink or water, or an alcoholic beverage that they pay for.

I’ve read that airlines have been competing to upgrade the food that they do serve, consulting with celebrity chefs and trying to devise menus that work aloft. An article in the New York Times on this subject quoted my friend Marion Nestle, M.P.H., Ph.D, author and professor in the department of nutrition, food studies and public health at New York University, as saying that ice cream is about the only thing she could think of that tastes good on a plane. She also told the Times that the packaging, freezing, drying and storage of food are hard on flavor at any altitude, let alone 30,000 feet. As they try to improve the food they serve, one of the problems the airlines must deal with is altitude-related changes in taste and smell. The dry air in passenger cabins is partly responsible – it dries out the nose, affecting your sense of smell and through it the taste of food. And when planes reach their cruising altitude, changes in air pressure put about one-third of your taste buds on “hold” for the duration of the flight. As a result, you’re unlikely to fully enjoy even the most attractive and appetizing meals in first class or on international flights. The Times article noted that while business and first class account for about one third of all airline seats, they generate a majority of the revenue, which explains why airlines are putting a lot of effort into improving the meals they serve in these areas.

If you’re flying coach and bring your own food, I suggest putting together a brown bag meal that includes nuts, cheese, whole grain crackers, dried fruits and chocolate that will be more satisfying and appealing than the ubiquitous bag of peanuts or the tube of potato chips you can buy in flight. You also can pack meals in a cup and get hot water on the plane to make them.