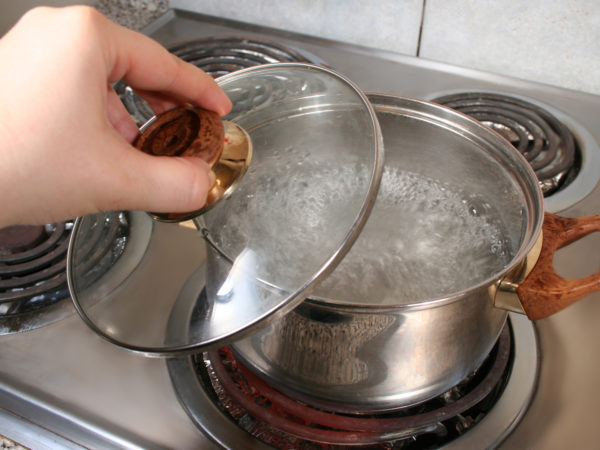 New studies have suggested that low levels of arsenic in drinking water and food, once thought harmless, can actually increase the risks of heart disease, diabetes and some types of cancer. A study published in the September 24, 2013 issue of the Annals of Internal Medicine found that the levels of arsenic in urine samples collected between 1989 and 1991 from 3,575 Native American men and women ages 45-74 living in Arizona, Oklahoma, and North and South Dakota, were correlated with incidence of heart disease in these individuals almost 20 years later. The link to arsenic remained even after researchers adjusted for other risk factors including smoking, body mass index, cholesterol levels, high blood pressure and diabetes.

The drinking water in the areas where the study participants lived contained low-to-moderate levels of arsenic, meaning that they were above the limit of 10 micrograms per liter set by the Environmental Protection Agency (EPA) but below 100 micrograms per liter. Researchers followed the participants until 2008 when they compared the concentration of arsenic in the urine samples with the participants’ current health. Those with the highest concentrations were 32 percent more likely to develop cardiovascular disease and 65 percent more likely to die as a result of it compared to those whose urine samples were lowest in arsenic. This kind of study doesn’t prove that arsenic caused the heart disease, but it does show an association.

Meanwhile, other disturbing connections between arsenic in drinking water and health have been coming to light.

As for arsenic in food, in July 2013 the FDA proposed a limit of 10 parts per billion (ppb) for inorganic arsenic in apple juice, the same as the EPA’s limit for arsenic in drinking water. In addition, the FDA announced that it is testing samples of other fruit juices and is evaluating health risks posed by rice and other crops that pick up arsenic from the soil. The FDA limits arsenic in bottled water to 10 micrograms per liter (10 parts per billion), the same limit the EPA has set for trace amounts of arsenic in drinking water.

If routine monitoring detects arsenic above levels considered safe in public water supplies, the EPA requires suppliers to notify their customers within 30 days or sooner. Suppliers may be required to provide alternative sources of drinking water during treatment to remove unsafe levels of arsenic.

Arsenic gets into well water as a result of erosion of natural deposits, as well as from runoff from orchards and manufacturing operations. If you use well water, the EPA recommends testing for pesticides, organic chemicals, and heavy metals before you consume it for the first time and annually thereafter for coliform bacteria, nitrates, and other constituents of concern. Check with your local health department or local water systems for information on contaminants of concern in your area. Several water treatment methods can effectively remove arsenic. You can learn about those most suitable in your area from your local health department or by reading about arsenic in drinking water on the EPA website. You can’t remove arsenic yourself by boiling water (this only concentrates the arsenic) or by disinfecting with chlorine bleach.