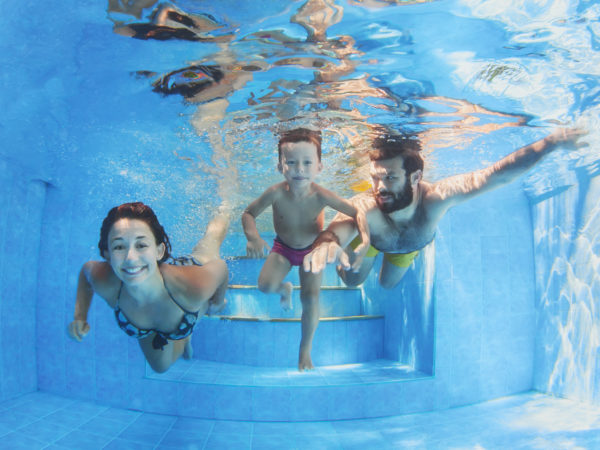 A 2014 American Red Cross survey found that 80 percent of adults said they could swim, but only 56 percent met the criteria for “water competent,” meaning that they possessed the ability to:

Perhaps the most alarming finding turned up by the study is that only four in 10 parents of kids between the ages of four and 17 said that their children can perform all five of those basic swimming skills, but more than nine in 10 said that their kids are likely to take part in water activities this summer.

It’s certainly not a good idea to overestimate your swimming skills (or those of your kids), given that every day 10 people in the United States die by drowning. According to the Centers for Disease Control and Prevention, 20 percent of these victims are 14 years old or younger. The CDC reports that drowning is the second leading cause of unintentional injury death for children and the sixth for people of all ages. In addition, for every child who drowns, another five require emergency room treatment for submersion injuries.

The Red Cross is embarking on a national campaign to cut the drowning rate by 50 percent in 50 cities over the next three to five years, during which it will teach 50,000 more people to swim. If your swimming skills aren’t what they should be, a refresher course from the Red Cross or other organization or trainer is a good idea, especially given results of a survey showing that one third of Americans plan to swim this summer at a place without a lifeguard.

If you’re not sure that the supervising adults who have invited your kids to swim in their pools are water competent, by all means ask them. If they’re not up to speed and you are, why not volunteer to serve as lifeguard while your kids are in the pool? Even if your kids are “OK swimmers,” it is your responsibility as a parent to be well-versed in water safety so you’ll know how to respond in an emergency.

Sources:
American Red Cross, “A Century in Aquatics: Making the Water Safer for Everyone,”
http://www.redcross.org/take-a-class/program-highlights/swimming/centennial, accessed May 22, 2014