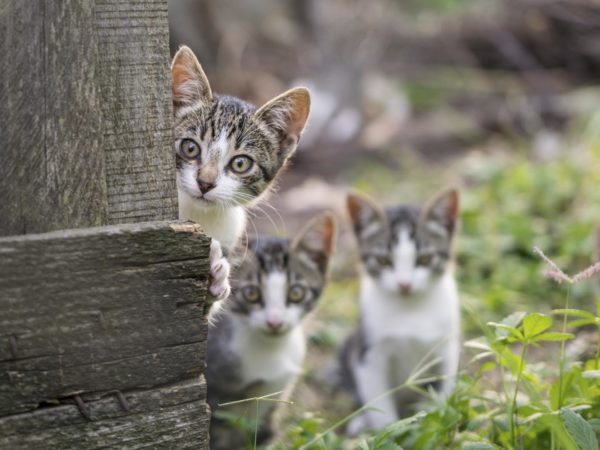 Toxoplasmosis is an infection caused by a single-celled parasite called Toxoplasma gondii. The U.S. Centers for Disease Control and Prevention estimates that some 60 million people in the United States may have the infection, but most of them never know it because few develop symptoms. However, infection can lead to serious problems for pregnant women and for those with impaired immunity.

Most people know that you can come into contact with the parasite from cleaning a kitty litter box – infected cats shed the organism in their feces. You also can be infected via cat feces in the garden if you accidentally touch the material and then touch your hands to your mouth.

Cats aren’t the sole source of the parasite. You can get toxoplasmosis from eating contaminated raw or undercooked meat, especially pork, lamb, or venison or by touching your hands to your mouth after handling such meat. Other foods can be contaminated if they come in contact with utensils or cutting boards used to prepare contaminated raw meat. You also can pick up the bug from drinking water, and in rare cases, the disease has been passed via an infected organ transplant or blood transfusion.

Even if you get infected, you are not likely to develop symptoms. Those who do may feel as if they have the flu with muscle aches and pains and swollen lymph glands that continue for a month or more. With impaired immunity, cases can be severe, resulting in damage to the brain, eyes, or other organs. Babies infected in the womb may develop symptoms later in life.

If I were you, I would make a serious effort to get the cats out of your garden regardless of the risk of toxoplasmosis. You could try luring them to a distant part of your property by planting catnip and spreading sand or non-clumping kitty litter. Spritzing them with the hose may give them the idea that they would be better off elsewhere, and dried fox or coyote urine (available online) will send a message that a bigger predator is nearby. In addition you might ask at your local gardening center about electronic repellants that use sound, light or water, alone or in combination, to let the cats know that they’re not welcome. And don’t let them pee, or poop, on the produce!