The Pros and Cons of Running 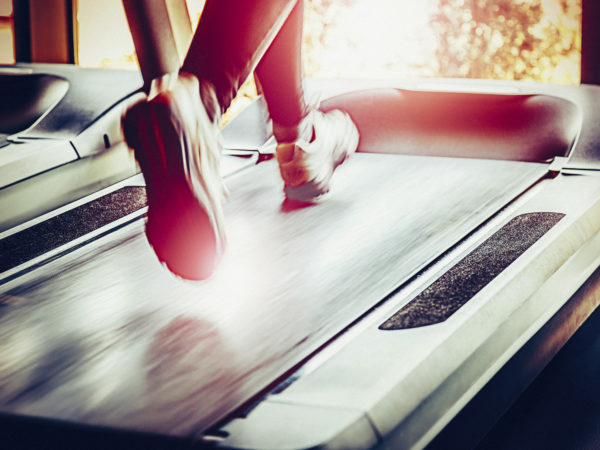 Running has become very popular in our society in recent years. I see people of all ages running along roadsides in the desert where I live, and I like to run myself. The great advantage of this form of exercise is its intensity. It promotes fitness quickly and efficiently and burns more calories than other activities, making it attractive to people who want to control their weight. Because of its intensity, running releases endorphins in many people, creating the runner’s high that some describe as an “energy buzz.” The runner’s high – like aerobic exercise highs in general – is a good antidepressant.

Running has some potentially serious disadvantages that you should consider before choosing to do it on a regular basis. The chance of injury is greater than for any of the other aerobic activities listed here. Running traumatizes the body, especially joints in the legs, knees, and back, as well as the kidneys. You can minimize this possibility by taking several precautions. Never run on concrete. If possible, run on cinder tracks or dirt paths. Asphalt is not as bad as concrete but not as good as dirt. Always wear well-made running shoes designed to minimize shock to the joints, and get a new pair whenever your present ones start to wear out. Women should wear athletic bras or other breast supports. Warm up before you start a run, not by stretching but by running in slow motion.

Above all, listen to your body. If you develop pain in any joints, stop running or cut down on it until you determine the reason for the pain. I have seen too many people who ignored warning signals of this sort and now are unable to run at all because of damage to vertebrae, hip joints, and knees. Of course, this caution applies to any form of physical activity, but because running subjects the body to so much trauma, it is of special importance here.

Running also seems more open to abuse than other forms of aerobic exercise, probably because of its stressful nature and consequent effect on the endorphin system. Many people run addictively, that is, with a compulsive quality that takes over their lives. If circumstances prevent them from running, they may be impossible to live with. Others approach running as a form of self-punishment. In Tucson during the burning hot days of May and June, I often see middle-aged men running on city streets in the midday sun with looks of agony on their faces. They must believe they get more benefit from an aerobic workout if they make it as torturous as possible. I should not have to tell you that this idea is silly. The extreme stress of running in heat can damage the body, especially the cardiovascular and urinary systems. Be sure to replace fluids if you run in hot weather and sweat a lot. Also try not to run on streets with heavy traffic. You can take in a lot of exhaust fumes when your breathing is stimulated by aerobic exercise.

You can run indoors on an automatic treadmill. Fitness clubs usually have these machines, and you can buy one for the home. Many models allow you to vary the speed and the incline and give you continuous information about your work output on a video display screen. Treadmills greatly reduce the possibility, of injury because the running surface has the proper springiness for safety. I find them quite boring, though, and really need to find ways to entertain myself while using them.