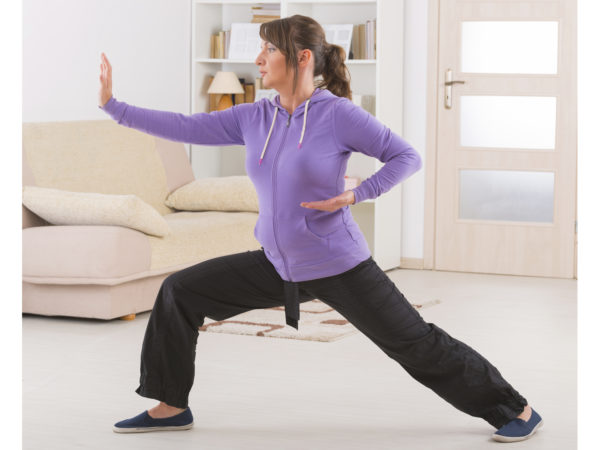 Martial arts, traditional disciplines of China, Korea, and Japan, have become very popular in the West. They emphasize agility, balance, and coordination in addition to fighting and defense. Some are much more aggressive than others (karate), and some regularly lead to injury (aikido). Of all of them, the only one that I recommend as part of a program of health maintenance is tai chi. Sometimes called “Chinese shadow boxing,” it is a formal series of flowing, graceful, slow-motion movements designed to harmonize the circulation of energy (chi) around the body. In any city in China you can see thousands of people of all ages practicing tai chi while waiting at bus stops in the morning. Like yoga, tai chi is a good method of stress reduction and relaxation, and it also promotes flexibility, balance, and good body awareness. It is beautiful to watch and to do and is free of the problems of the other forms. It may be particularly good for the elderly, because it reduces risk of injury from falls.

Martial arts schools like to represent themselves as teaching spiritual disciplines that raise consciousness and promote health and healing. Those who master the fighting arts, they say, are less likely than the rest of us to engage in violence. All of this sounds nice, but in actual practice martial arts training often contributes to unhealthy attitudes and emotions by making people more defensive, more likely to view others as potential assailants, and more committed to the wrong idea that violence is the solution to violence. If you are drawn to this activity, select your instructor and school carefully.