You Are Not a Water Heater 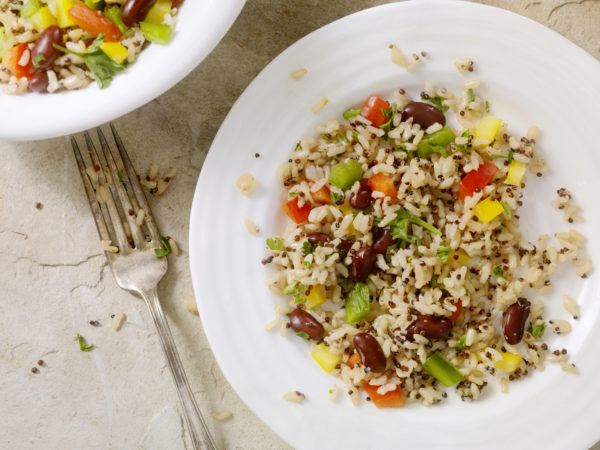 Why Calories Are (Nearly) Irrelevant

One of the most persistent ideas in nutrition is “a calorie is a calorie.” In other words, it does not matter if a particular calorie comes from protein, carbohydrate, fat or alcohol. If you consume too many, and you’ll gain weight. Too few, you’ll lose.

However, as the legendary cynic H.L. Mencken observed, “For every complex problem, there is an answer that is clear, simple, and wrong.” If the problem is excess bodyweight, counting calories is indeed a clear, simple and wrong – or, at least, seriously incomplete – answer.

The reason: one calorie can differ dramatically from another in its ability to provide a living being – you, for example – with energy, or put fatty tissue on a body. Understanding this is crucial to weight control, and healthy eating in general.

To grasp how we lost our way on this issue, consider how the term “calorie” (from calor, Latin for heat) passed into common usage.

Frenchman Nicolas Clément coined it in 1824 to describe the amount of energy needed to raise the temperature of one kilogram of water by one degree. (This amount soon came to be termed a “kilocalorie” or a thousand calories, and that’s still the technically correct definition, but today it is typically shortened on food labels to “calorie.”) Clement was not a physician or biologist, he was an engineer. He was seeking a way to compare the potential energy of steam-engine fuels.

But in 1887, an American agricultural chemist named Wilber Atwater borrowed the term. Atwater’s aim: to determine which foods were the most energy dense, so that laborers could be cheaply and efficiently “fueled” for physical exertion.

Atwater began drying and burning various foods in a “bomb calorimeter” – a water-jacketed chamber that captures and records the heat rise caused by whatever burns in the interior crucible.  The water heater in your home, which consists of a burn chamber surrounded by water, works exactly the same way.

The reason this simple analog for human metabolism has survived for 127 years is that it’s extremely easy to use – desiccating and burning foods in a calorimeter is only a bit more complex than adding logs to a fire.

But is also has major flaws due to a simple fact that should have been obvious a century ago: human beings are not water-jacketed flames. Digestion and metabolism are driven by a complex mix of varying hormone levels, gut-transit times, fiber content and much more.

Consider the difference in how the body handles calories from fat and those from carbohydrate. The misbegotten American low-fat dietary experiment – the one that went on for 60 years, and gave rise to an explosion of obesity and diabetes – was based on simple math. Since a gram of fat contains nine calories and a gram of carbohydrate just four, the simplest way to lose weight seemed to be cutting those calorie-intensive fats from the diet.

However, eating carbohydrates boosts production of the hormone insulin, and the body’s level of free-circulating insulin determines if calories are stored as fat or not. This means it’s possible to eat relatively large caloric totals of fat, but – if it is done in the context of a low-carbohydrate diet – experience far less weight gain than if the calories had come from carbs.

This has been shown experimentally many times. A recent compilation of 23 studies comparing weight loss between carbohydrate-restricted and fat-restricted diets found cutting carbs nearly always led to greater weight loss – in many cases, two to three times greater.

So powerful is the influence of insulin is that – as science writer Gary Taubes and others have observed – weight gain is actually largely due to a hormonal imbalance rather than a strictly caloric one.

If calories are an untrustworthy measure for weight control, what’s better? Some researchers recommend tracking daily carbohydrate grams, and keeping the total below 200 grams daily for weight maintenance, and below 150 grams for weight loss.

My recommendation? I’m not a fan of counting calories or carbs. Doing either can turn what should be pleasurable meals into a chore, and – for at least some people – lead to a dysfunctional relationship with food.

Further, all carbohydrates are not created equal. When eating carbohydrate-rich foods, the key is to select those that have a low glycemic load such as:

The evidence is clear that these kinds of carbohydrate-rich foods have minimal effect on boosting insulin production, can help with weight control, and also provide abundant vitamins, minerals and fiber associated with optimal health.

For more on how to eat for optimal health, please watch my presentation “Real Food: The Best Diet.“