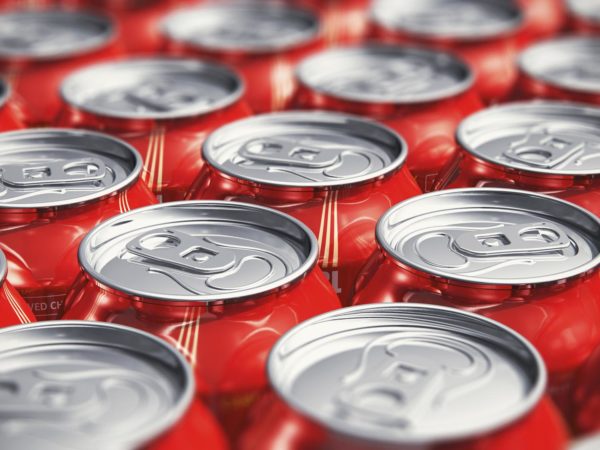 UCSF has taken advantage of its soda ban to study the influence of the change on a group of 214 employees. Researchers will look at the effects of cutting back on sugar-sweetened sodas on weight, insulin resistance, liver health and telomere length. (Telomeres are repeating DNA sequences at the ends of chromosomes.) Some experts believe the length of telomeres is a marker for biological aging. The shorter your telomeres, the “older” you are.

UCSF began to phase in its program in 2015. It required removal of sugar-sweetened beverages from all outlets on its campuses including food trucks, vending machines and fast-food chains. This Healthy Beverage Initiative limits sales of beverages on all UCSF campuses including its Medical Center to those with zero calories, except for milk and 100 percent juice. (It’s not a ban on drinking sugary beverages; it only restricts their sales. Employees can bring their own sodas to work.)

In the year since the new policy went into effect, UCSF saw a significant decline in soda consumption among its employees. A survey found that some university service workers and support staff members had been drinking three or more cans of soda daily, at work and at home. Within six months of the ban, these employees had cut their intake by about one quarter.

In a study unrelated to the Healthy Beverage Initiative, UCSF researchers found that people who sleep five or fewer hours a night are likely to consume more sugary caffeinated sodas and energy drinks. They reported that it isn’t clear yet whether drinking sugar-sweetened beverages causes people to sleep less or whether sleep deprivation makes them seek out more sugar and caffeine to stay awake.

Also of note, in the November 2016 election, voters approved soda taxes of one cent per ounce in San Francisco, Oakland and Albany, California. A two-cent per ounce soda tax was approved in Boulder, CO. Based on the evidence reported so far, it seems these taxes do affect consumption. In data published in October 2016, researchers from UCSF and the University of California, Berkeley reported that the one cent per ounce soda tax enacted in Berkeley in March 2015 has resulted in a 21 percent decline in consumption of sugar-sweetened sodas in low-income neighborhoods, compared to a four percent increase in equivalent neighborhoods in San Francisco and Oakland where there was then no such tax.

Philadelphia has also passed a soda tax of 1.5 cents per ounce scheduled to go into effect in 2017, although the American Beverage Association in cooperation with some beverage distributors and retailers have filed a lawsuit to block it, claiming that the tax is illegal under state law.