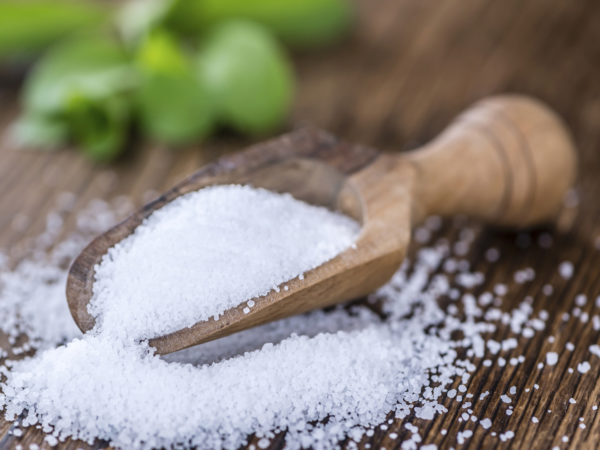 Stevia comes from an herb in the chrysanthemum family called Stevia rebaudiana. It is native to Paraguay, also grows in Brazil and Argentina, and is cultivated in China. The leaves have been used for centuries by native peoples to make sweet teas, or to sweeten other foods, with no evidence of harm. It is available in the United States, and the European Union as a dietary supplement and is sold here in whole-leaf form or as stevioside, the extracted sweet principle, sold as a granular white powder. The powder has very few calories but is so sweet that to use it, you must dissolve it in water, then dispense the solution by drops. A teaspoon of the liquid is equivalent in sweetness of a whole cup of sugar. Stevia is safe for diabetics and is widely used as a nonnutritive sweetener around the world.

Over the years, the FDA has turned down several requests to use stevia in foods. The agency cites a handful of studies suggesting that large amounts of stevia could be harmful. One study showed that high doses reduced sperm production and might cause infertility in male rats; another showed that when female hamsters were fed large amounts of a stevia derivative, they had smaller babies. Other studies indicated that stevia might be carcinogenic and might disrupt metabolism.

None of these possibilities has been proved, and stevia has an excellent safety profile in Japan, where it has been used for more than 30 years in foods.

In spite of its rocky past in the U.S., stevia may soon make a breakthrough. Some 180 new products including teas, potato snacks, dressing and beverages sweetened with it have been introduced around the world during the past year, and I’ve read that no less a food-market player than the Coca-Cola company has filed 24 patent applications for stevia and is joining with the giant food marketer Cargill to introduce a stevia-derived sweetener. For FDA approval, food manufacturers will either have to provide scientific documentation that stevia should be classified as “generally recognized as safe (GRAS)” or petition the FDA to approve it as a food additive.

Personally, I don’t care for the taste of stevia, and I don’t like the flavor it imparts to foods and beverages, but I consider it safer than aspartame, saccharin, and sucralose and have seen no compelling evidence that stevia poses a threat to human health. As a side benefit, unlike those other sweeteners, stevia can be grown by home gardeners; I’ve grown it myself at my home near Tucson, Arizona.