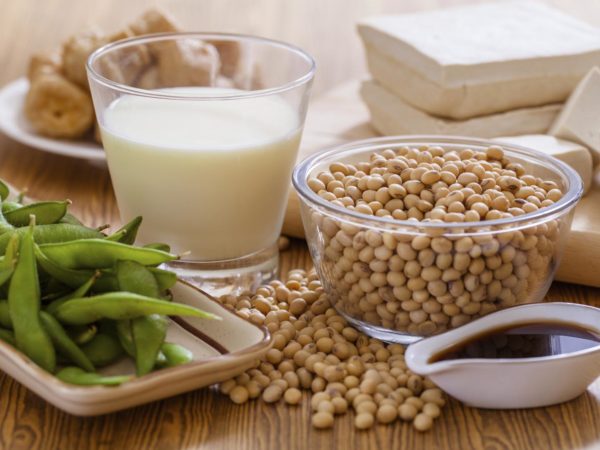 I’ve seen many articles warning that soy foods in general, including soymilk, aren’t healthy and contain hidden substances that are dangerous. Critics of soy allege that it is bad for the thyroid, can cause cancer, Alzheimer’s disease and mineral deficiencies.

None of these sensational claims has ever been proven.

Remember, for centuries Asians have been eating lots of soy foods, and the supposed terrible consequences of soy consumption haven’t materialized among them. In fact some traditional soy-rich Asian diets are associated with lower risks of breast and prostate cancer than western diets.

Based on the weight of available evidence, I remain convinced that soy is safe and nutritious when eaten in relatively whole and unrefined forms in reasonable amounts. I recommend one to two daily servings, which can include a cup of soymilk, a half cup of tofu, tempeh or green soybeans (edamame) or roasted soy nuts. Soymilk provides all the benefits of cow’s milk, without the milk protein (casein), which can increase mucus production and irritate the immune system in some people, and milk sugar (lactose), which can cause digestive distress if you lack the enzyme that breaks it down.

Soymilk is made by soaking dried beans in water, grinding them, heating them in water, pressing them, and straining the milk. Soymilk makers for home use are widely available, and people who use them say fresh, homemade soy milk is much better tasting than packaged products. And it will have no additives.

One cup of soymilk contains four to 10 grams of soy protein, and 20 to 40 mg of isoflavones, plant chemicals that may act like estrogen but probably account for soy’s protective effect against hormonally driven cancers (especially when soy is part of the diet from early childhood). While soymilk is high in calcium, it doesn’t have as much as cow’s milk so it is important to look for a brand that is fortified with calcium.

I recommend certain precautions when buying soymilk. Since many soy crops are heavily treated with pesticides, always buy organic soy products. I also recommend avoiding brands of soymilk that contain the thickening agent carrageenan, a seaweed derivative, which I believe may be harmful, especially to the intestinal tract.