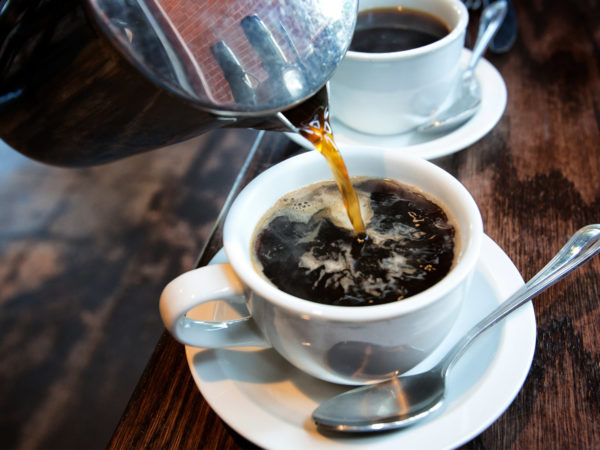 I have good news for you. There is no known connection between coffee and the chronic, imperceptible, low-level inflammation that sets the foundation for many serious, age-related diseases including heart disease, cancer and neurodegenerative conditions such as Alzheimer’s and Parkinson’s diseases. In fact, studies suggest that antioxidant and anti-inflammatory compounds in coffee could be responsible for the lower risks of many of these diseases that have been observed among habitual coffee drinkers.

A study in Greece published in 2015 found that people who drink coffee are half as likely to develop type 2 diabetes. This wasn’t the first study to link coffee consumption with lower rates of this disease, but here the researchers reported that coffee also appeared to lower levels of serum amyloid, an inflammatory marker in blood. This might explain the correlation.

More evidence comes from another study published in 2015 by a team of cancer researchers suggesting that polyphenols (antioxidants in both coffee and tea) may have positive effects on both immune function and chronic inflammation. The investigators measured serum levels of 77 immune and inflammatory markers in 1,728 older non-Hispanic Whites who also reported their daily consumption of coffee. The team concluded that lower circulating levels of inflammatory markers seen in the coffee drinkers may help explain the link between coffee consumption and lower risks of many chronic diseases.

Yet another study published in 2015 found that, over 30 years, nonsmokers who drank three to five cups of coffee a day were 15 percent less likely to die of any cause compared to people who didn’t drink coffee. The coffee drinkers had lower rates of death from heart disease, stroke, neurological conditions and suicide and it didn’t matter whether the coffee was regular or decaf. This suggests that something other than caffeine is responsible for the protective effects.

While the study didn’t reveal how coffee is related to the many health benefits seen, its leader, Frank Hu M.D., a professor of nutrition and epidemiology at the Harvard T.H. Chan School of Public Health, noted that other research suggests that compounds in coffee can reduce inflammation, act as antioxidants and improve blood sugar regulation.

Despite all the positive findings about the health benefits of drinking coffee, on the downside are its well-documented side effects: anxiety, insomnia, tremor and irregular heartbeat. In sensitive individuals it can also irritate the digestive system, bladder and prostate. If you experience any of these symptoms, you’re better off avoiding coffee (as well as decaf, which still contains substances that may contribute to the undesirable side effects). You should also keep in mind that coffee has a much higher addictive potential than tea or other caffeinated beverages.