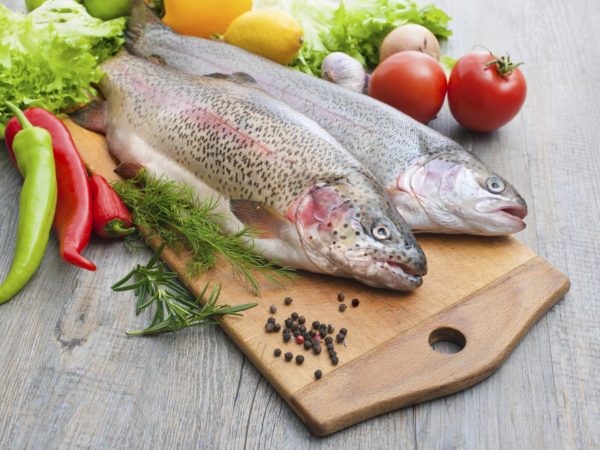 In 1970 I changed from an omnivore to a lacto vegetarian. I gave up eating all foods of animal origin except dairy products, mostly yogurt and cheese. That diet agreed with me, kept me healthy and strong, and gave me pleasure and variety. But after 15 years of it, I decided I needed a change. As an experiment I cut back on dairy products and started to eat fish. Not only did I enjoy the change, it gave me greater freedom when traveling (to Japan, for example, where being a lacto vegetarian is a challenge) and dining out. Furthermore, my nutritional research convinced me of the health benefits of fish. — AW

Living Longer by Eating Fish
Populations that eat fish regularly live longer and have less chronic disease than populations that do not. Whether this is because fish displaces meat or because it has positive attributes of its own is not clear. Certainly, fish provides high-quality protein without the saturated fat present in meat and poultry. And some kinds of fish – specifically, fatty fish from cold northern waters – also provide omega-3 fatty acids, the special, unsaturated fats our bodies need for optimum health. Wild salmon, mackerel, herring, sardines and bluefish are rich in them, as is – to a lesser extent – albacore tuna. Omega-3 sources other than fish are few: walnuts, flax seeds, hemp seeds, and the oils extracted from them, and, to a lesser extent, soy and canola oils and specially fortified eggs.

Beneficial Omega-3 Fatty Acids
Most Americans are deficient in omega-3s and as a result are more likely to develop cardiovascular disease, cancer, inflammatory disorders, and mental and emotional problems. Recent research suggests that supplementing the diet with omega-3 fatty acids not only can reduce these risks but can also help treat depression, bipolar disorder, autism, and attention deficit hyperactivity disorder. Fish is, indeed, a brain food.

Cooking Fish Right
The healthful qualities of fish can be neutralized by unhealthful ways of cooking it. Fish that is battered and fried, slathered with butter, or blanketed in creamy sauces becomes just another vehicle for putting saturated fat and excess calories into the body. I prefer fish that is raw (sashimi and served with sushi), marinated (ceviche), steamed, grilled, broiled, or smoked (as in salmon and trout). I much prefer fresh fish to frozen, and I often eat it in restaurants, where the quality is usually better than I can get to cook at home. (That may not be the case for many readers.)

Concerns About Toxins
Despite my enthusiasm for fish, I have two serious concerns about recommending that people eat more of it. The first is its content of environmental toxins, the result of pollution of lakes, rivers and oceans. The second is the possibility of losing fish as a natural resource by overfishing those same bodies of water. Take salmon as an example. Almost all of the salmon served today is farmed (“Atlantic salmon”). Farmed salmon has less flavor, less protein, and more fat than wild salmon, and its high ratio of omega-6 to omega-3 fatty acids may not be as favorable. It likely also contains residues of pesticides, antibiotics and other drugs used to control diseases that occur when fish are crowded together in the pens of fish farms. Those diseases may escape and decimate wild populations of salmon. Most people assume that fish farming is a way of protecting an endangered resource. Few know that it decimates the environment and that it takes several pounds of feed fish to produce one pound of salmon. The net result of salmon farming is greatly accelerated depletion of the numbers of fish in the oceans. If you can get wild Alaskan salmon, use it for the salmon recipes found on this Web site. Wild salmon tastes better and is more nutritious, and eating it does not have the environmental impact of eating farmed salmon, nor the health risks associated with consuming the residue of carcinogens that recent studies found can accumulate in the fat of farmed salmon at unhealthy levels.

As for other fish, be aware that larger, more carnivorous fish are more likely to contain dangerous levels of toxins. I avoid swordfish, marlin, shark, and bluefish for that reason. The safest and best fish for omega-3 fatty acids is probably the sardine. I love fresh sardines, grilled with nothing but salt and lemon juice, and I’m happy to see them increasingly available. (I used to be able to get them only in better Greek and Italian restaurants.) I also buy water-packed canned sardines and mash them up with mustard and onion as a spread. Give that a try; it’s an easy way to get some safe fatty fish into your diet.

Fish to Avoid
I avoid grouper, black sea bass, rockfish, and most snapper because those species are endangered from overfishing. Cod, pollock, flounder, halibut, sole, and plaice are still relatively abundant in the Pacific but seriously depleted in the Atlantic. Finally, skate, rockfish, Chilean sea bass, and orange roughy are threatened, because they do not spawn until they are old, 30 years in the case of orange roughy, and unless they are managed well, they will be overfished to depletion. Species that are still abundant and well managed include striped bass, wild Alaskan salmon, herring,sardines, anchovies, mackerel, and Alaskan halibut. Try to keep these distinctions in mind if you want to continue enjoying fish. 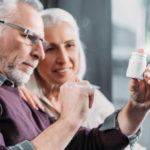