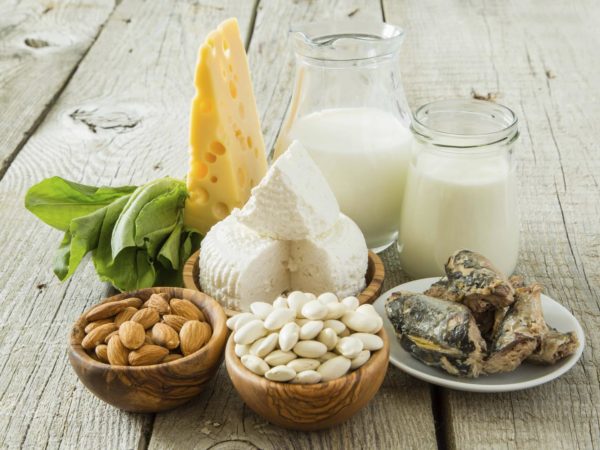 Some evidence suggests that adults should increase their protein consumption beginning in middle age. The rationale is that eating less protein as you get older can lead to a decline in the body’s muscle building activity, resulting in a decline in muscle mass and fitness.

The recommended daily allowance (RDA) for adults is 0.8 grams per kilograms of body weight, which would amount to 62 grams (a little more than two ounces) for a 170-pound person. However, some research has shown that seniors need more than that, about 93 grams (nearly 3.3 ounces) per day for someone weighing 170 pounds.

The latest study on protein needs for older adults comes from the Donald W. Reynolds Institute on Aging at the University of Arkansas for Medical Sciences. Researchers there randomly divided 20 healthy adults between the ages of 52 and 75 into four groups for a four-day experiment. Two of the four groups consumed meals containing 0.8 grams of protein per kilogram of body weight, but one received one-third of the protein per meal while the other group was given 15 percent at breakfast, 20 percent at lunch and 65 percent at dinner. The participants in the other two groups were provided twice the amount of protein also divided between meals either evenly or unevenly. All the meals were prepared in the Research Institute’s Metabolic Kitchen.

The researchers reported that it didn’t matter how the protein was divided among meals, but that whole-body net protein balance was greater with the higher intake.

This was a small study, so we shouldn’t regard the findings as the last word on how much protein we need to consume as we get older. Last year (2014), I reported on this site about a much larger analysis from the University of California, San Diego (UCSD) that reviewed 18 years’ worth of data on nearly 6,400 people and concluded that eating a lot of protein between the ages of 50 and 65 almost doubles the risk of dying and quadruples the chances of dying of cancer. The protein responsible for the risk of early death seen in this report was from animal sources – meat, milk and cheese – rather than vegetable protein. The researchers defined high intake as a diet in which at least 20 percent of daily calories come from animal or plant protein.

However, this same analysis suggested that after age 65, high protein consumption became far less of a threat and was, in fact, associated with reduced susceptibility to disease. The researchers attributed this finding to a dramatic age-related drop in IGF-I, a hormone influenced by protein intake that helps the body grow. IGF-I IS also a known promoter of cancer. The researchers theorized that high protein consumption after age 65 helps protect against potential frailty and muscle loss.

Not surprisingly, the UCSD report generated controversy. This was an observational investigation that associated high protein intake with more cancer and more deaths, but didn’t demonstrate scientifically that protein was the cause. Critics have also faulted the report’s conclusion that what is detrimental for 50- to 65-year olds is beneficial for people over 65.